When are you entitled to disobey a police order?

Doing what a police officer demands is often the safest route to follow, but it can also be the route that leads to a loss of liberty. When you are entitled to disobey a police order is unclear. The cases below are striking examples of the fact that states need to clearly define the orders that police are entitled to give. 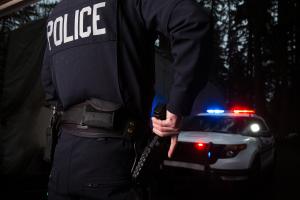 Alex Wubbels’ disagreeable encounter with a Salt Lake City police detective was recorded on a video that went viral. Nurse Wubbels refused to follow the officer’s order to produce a patient’s blood sample. Then she was arrested for refusing to break laws that protect a patient’s privacy. The case has prompted questions about the extent to which people are required to obey orders issued by a law enforcement officer.

Wubbels was a nurse working for the burn unit at Salt Lake City’s University Hospital. She had been treating a truck driver who was severely burned during a head-on collision. The driver of the other vehicle had been fleeing the police. That driver crossed into oncoming traffic and died in the ensuing collision. The extent to which the police contributed to the accident by engaging in a high-speed pursuit is unclear.

Salt Lake police detective Jeff Payne was sent to the hospital to obtain a sample of the truck driver’s blood as part of the accident investigation. Whether the police had any reason to suspect that the truck driver was under the influence of alcohol or drugs is also unclear.

The Supreme Court recently ruled that the police are usually required to obtain a search warrant to obtain a blood sample from a suspect (or anyone else) who does not provide one voluntarily. The truck driver was unconscious and therefore in no position to consent to a blood draw.

Payne demanded that Wubbels give him vials of the truck driver’s blood. Wubbels phoned her supervisor and other hospital authorities to determine whether she should comply with the order. As she suspected, without a warrant and without the truck driver’s consent, Payne was not entitled to the blood sample.

Payne became frustrated that Wubbels refused to obey his command. He repeatedly threatened to arrest Wubbels, who printed out a copy of the blood draw policy and gave it to Payne. Since local police agencies had agreed to the policy, a veteran detective like Payne should have been familiar with it.

Payne finally said “she’s going to jail.” When a staff member asked “why?,” Payne said “interfering with a criminal investigation.” What crime was under investigation and how the truck driver’s blood would have furthered that investigation remains a mystery.

After a supervisor told Payne he was “making a huge mistake,” Payne said “I’m leaving now, with her.” He then handcuffed Wubbels and placed her in a police car, actions that usually constitute an arrest.

A University of Utah police officer stood by and did nothing to intervene in the illegal arrest. Wubbels was released shortly after she was placed in the car.

After an investigation, the police department fired Payne. He has appealed his termination to the Salt Lake City Civil Service Commission. The appeal claims that the termination is unduly harsh given Payne’s “lack of prior disciplinary history.” However, the Salt Lake Tribune reports that Payne was previously disciplined for sexual harassment and for violating a policy governing high-speed pursuit.

Every state has some version of a law like the one that Payne cited to justify his arrest of Wubbels. Obstructing justice is the common term given to laws that prohibit interfering with the police while they are carrying out their duties.

But what does it mean to obstruct justice? In most states, the duty to obey a police officer is not clearly defined.

It is generally accepted that if a police officer orders someone to break the law, the person to whom the order is given has the right to refuse that order.

The Salt Lake City case might fall into that category, because Wubbels would have been violating laws protecting the privacy of patients by releasing the truck driver’s blood without his consent in the absence of a court order or warrant.

It is less clear whether individuals can disobey orders that do not require unlawful action, but that a police officer cannot lawfully give. For example, a police officer has lawful authority to tell someone to stop moving if the officer has an objectively reasonable suspicion that the person committed a crime.

If the person who is given that order keeps moving in the correct belief that the officer has no authority to give it, has that person committed a crime?

The question implicates two opposing values. On the one hand, if people do not obey the police (even if the police turn out to be wrong), the police cannot bring order to society. On the other hand, if people are forced to obey orders that the police are not authorized to give, they face a loss of personal liberty, the most cherished of American values.

What Is a Lawful Order?

A couple of years ago, a state trooper in Texas stopped a car that Sandra Bland was driving, allegedly because Bland failed to signal a turn. Bland was smoking a cigarette. The officer told her to put the cigarette out. Bland refused. Bland wasn’t violating any law by smoking the cigarette and the cigarette did not interfere with the officer’s performance of his duties.

The officer kept telling Bland “I’m giving you a lawful order” but no Texas law expressly authorizes a police officer to tell a driver not to smoke in the driver’s own car. Whether the order was lawful is unclear. Apparently believing that Bland was refusing a lawful order, the trooper arrested Bland. She later died in her jail cell.

As FreeAdvice has discussed, police officers often order people to stop recording police encounters. Courts have generally held that those orders are unlawful because individuals have a constitutional right to document the actions of public officials in a public place. But smoking isn’t a constitutional right, so cases like Sandra Bland’s are less clear.

In the end, doing what a police officer demands is the safest route to follow, but it is also the route that leads to a loss of liberty. The better answer is for states to more clearly define the orders that police are entitled to give and that individuals are required to obey.