Can You Sue a Business That Lets Hackers Steal Your Data? 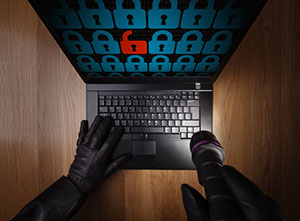 Hackers are very much in the news these days, with the high profile attack on Sony Pictures in connection with The Interview.

While the hackers in that case targeted the movie studio’s internal emails, memos, and even complete digital copies of then-unreleased movies, like Annie, most hack attacks are attempts to acquire personal information – such as credit card numbers – from individual consumers.

It seems that hardly a week goes by without news of yet another data breach. In 2014, for example, Forbes magazine reported:

ZDNet reported on the following major hacks of 2014:

In response to all of these data breaches, federal and state governments have moved to increase protections for consumers.

Not surprisingly, consumers who have had their personal data stolen have turned to the courts for redress.

Consumer lawsuits based on data breaches rarely succeed, for a variety of reasons. For example, consumers may not be able to prove that they were actually harmed, but merely that they face the potential for harm.

Whether you can maintain a lawsuit for loss of your personal information may depend in part upon where you live, as shown by two Federal Court decisions in December.

In the Northern District of Illinois, a judge granted the defendant’s motion to dismiss a class action lawsuit against P.F. Chang’s. The plaintiffs in that case had made the argument that they’d been harmed by “overpaying” for food and drink at P.F. Chang’s because, they claimed, the cost of dining “implicitly” included a fee for protecting personal information. The judge didn’t buy this argument, in part because cash customers were charged the same as those that used credit and debit cards.

In the District of Minnesota, on the other hand, a judge allowed a putative consumer class action against Target to go forward.

If Your Data Has Been Stolen

If your own personal and private data, including your financial information, has been stolen from files maintained by your employer, former employer, or a business you patronize, you may want to consult a consumer protection attorney to determine whether you may have a claim.