Two US judges recently allowed service of process on Facebook. 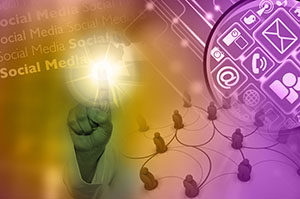 Each state and country has its own rules regarding how process may be served. In the US, papers are often delivered by hand by professional process servers, who must be licensed or certified in some states. In some jurisdictions, papers must be served by a court official, such as a sheriff or bailiff.

If a person to be served is unavailable for personal service, many places allow for substituted service, such as leaving the documents with a responsible adult in the person’s home or mailing the documents.

Australia, Canada, and some other countries have allowed service via Facebook since at least 2008.

In what’s believed to be the first case of service via Facebook, an Australian couple was notified about the pending repossession of their home. The lawyer representing their mortgage provider was allowed by the court to use Facebook to contact the couple when all other attempts to reach them failed.

The Australian judge required that the notice of repossession be sent as a private message, rather than posted on the recipients’ Facebook walls.

The Kid’s Grown Up – Can I Stop Paying Now?

One recent US case was a family law matter in New York.

A Staten Island man received permission from the court to use Facebook to serve his former wife legal notice that he intended to stop paying child support since their son had turned 21.

Noel Biscocho tried to serve his ex-wife at home, but learned that she had moved out and left no forwarding address. He failed to locate her on Google, and neither the couple’s son nor their 22-year-old daughter returned Biscocho’s messages.

However, Biscocho’s ex maintained an “active social media account with Facebook” and had even “liked” some photos posted by Biscocho’s second wife.

The Family Court magistrate noted in his September 12 order that it was believed to be the first time service via Facebook was allowed in New York, and the first case in the US that didn’t involve an attempt to serve someone abroad.

Another recent Facebook service case, from the US District Court for the Eastern District of Virginia, did involve service of a foreign defendant.

Plaintiff WhosHere, Inc. moved for permission to serve process by Facebook (plus via email and LinkedIn) on a defendant who was believed to be located in Turkey.

The plaintiff claimed that the defendant had engaged in trademark infringement, unfair competition, and cybersquatting.

(“Cybersquatting” is the practice of registering names, especially brand names or trademarks owned by others, as internet domain names, in the hopes of reselling the domains to the owners of the marks or brands.)

The court found that notifying the defendant via email and social networks comported with due process requirements because the defendant himself provided the plaintiff with this contact information and the defendant was known to be active on social media.

Also, the court noted that “Turkey has not specifically objected to service by email or social media networking sites.”

If you’ve been served via Facebook, or if you’re trying to sue someone who’s difficult to reach, it’s a good idea to contact a litigation attorney in your state.