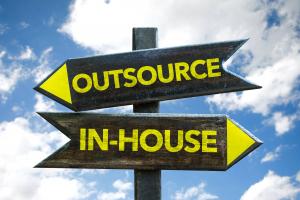 Former employees of UCSF Medical Center have sued for discrimination after the group was laid off and told that they were responsible for training the young group of men from India who were hired to replace them.

Attorney Gary Gwilliam is one of the attorneys who filed the lawsuit on behalf of ten of the workers who received layoff notices.

Gwilliam stated that this is the first time that a United States university has outsourced the jobs of permanent employees to India. While outsourcing employment abroad is not illegal, Gwilliam has argued that UCSF’s practice of hiring a group of uniformly young and male workers from India is a violation of laws that prohibit discrimination based upon national origin, gender and race.

Gwilliam noted that UCSF “can’t substitute a diverse workforce,” Gwilliam said. He said 49 of the laid-off workers are UC employees and the others are contractors. Forty-eight of the 49 employees are 40 years old or older, which is the age protected from discriminatory hiring by federal law.

Commenting on the lawsuit, one of the workers, 57-year-old Kurt Ho of Walnut Creek, stated, “It was a little bit awkward training them to take over our jobs… The university is making a big mistake just to save money.”

UCSF has denied violating any laws and said that its decision was motivated by the fact that it will save more than $30 million over five years by hiring the replacement workers.

Its official statement was that, “Given the fiscal challenges facing academic medicine, and the ability of outside vendors to provide high-quality IT services, UCSF’s review concluded that it was more economical and secure to partner with specialized vendors on those aspects of information technology that do not require close interaction with research, patient care or education.”

The workers whose jobs are being outsourced currently perform various information technology jobs at the medical center.  The replacement workers are being provided by HCL Technologies, an Indian IT company.

Ho and Gwilliam report that they have been told that 80 percent of the replacement workers will return to India after their training to work remotely. Ho claims that he and his co-workers have a close personal connection with the patients that they work with. Ho states, “We’re talking about people’s lives here… We provide way beyond IT functions. We care about patients.” Ho says that he understands that the university is trying to save money, but notes that projected savings of $6 million per year is a very small portion of UCSF’s $5.4 billion annual budget.

Robert Harrison, a communication engineer at UCSF, agreed that, “You can’t do what we’re doing from overseas.” Harrison recalled numerous times he has met with patients, doctors and nurses to get their phones and computers working properly. Harrison further cited privacy concerns, noting that electronic systems will be more vulnerable to hacking with overseas workers. “Private medical histories are going to be hacked more freely,” he said.

UCSF asserts that the IT jobs at issue do not require “close interaction” with patients.