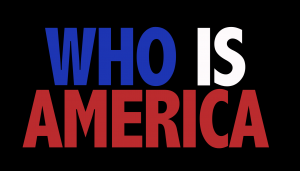 If you humiliated yourself in front of millions of people, can you sue the person who put you in that position?

Sacha Baron Cohen, disguised as an antiterrorism expert, coaxed Daniel Roberts, an ardent gun rights activist, into biting on a sex toy, and other embarrassing acts, while being filmed. Mr. Roberts thought he was part of a training video. Instead, he was being played for laughs, as part of an episode of Mr. Cohen’s Showtime series, “Who Is America?”

Jason Spencer, a Georgia lawmaker, resigned after Cohen convinced him to yell racial epithets as part of what Spencer called  a “bogus self-defense and antiterrorism training” video.

Cohen is known for adopting personas like “Borat” in order to make satirical and political points.

In his latest series, he adopted the guise of “Col. Erran Morad,” an Israeli antiterrorism expert.

He induced Spencer to drop his pants as well, supposedly as a method for fending off terrorist attacks.

Spencer has also said he’s “sought legal counsel” in connection with his appearance on the show.

And former Alabama Senate candidate Roy Moore said he was tricked into participating in Cohen’s show after being told he was to receive an award for his “strong support of Israel.”

Cohen used a metal wand that he claimed “detects pedophiles.”

Moore was accused of trying to have romantic relations with teenagers when he was in his 30s.

According to Time, Moore has filed a $95 million defamation lawsuit against Cohen, Showtime, and CBS.

Are Cohen’s victims likely to be successful in court?

As the Times noted, Cohen and his team were deceitful in how they lured guests into participating on the show.

However, the participants signed forms that seemingly released Cohen and the related companies from legal claims.

Cohen has been sued in the past, in connection with other projects. In one case, the plaintiff, Rachelle Olsen, said that she was injured after Cohen (playing the character of “Bruno”) commented on the numbers at a senior citizen’s bingo game.

According to the Hollywood Reporter, Olsen told him to stop and announced “I will not have anyone make a mockery of this bingo hall.”

After security officers escorted Cohen and his crew out, according to the Reporter,

Olson left the stage to calm herself down, where, sobbing uncontrollably, she lost consciousness, hitting her head into the concrete floor. Paramedics took her away, and she says she was diagnosed with two brain bleeds and has been in a wheelchair and walker ever since.

Olsen, along with others in the bingo hall, had signed a “Standard Location Agreement” that stated that she hadn’t relied on any promises as to “the nature of the Film or the identity, behavior or qualifications of any of the cast members.”

As the Times notes, the standard for defamation is much higher for public rather than private citizens.

To support a defamation claim, a public figure (such as a politician) must show that the defendant acted with “actual malice.”

In addition, the tort of defamation requires a false statement by the defendant.

What You Need to Know Before Visiting a Website
Who Should Be Responsible for Driverless Car Accidents?
The $5M Lawsuit Against Starbucks for Shorting Cold Drinks
Can You Be Sued for Your Tweet?