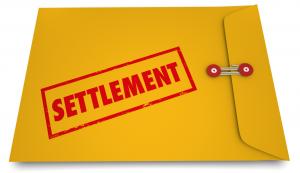 Courts are routinely asked to seal documents that are used as evidence in court proceedings. When a document is “sealed,” it is kept out of the public record. Only the judge and the parties are allowed to view the document.

Records might be automatically sealed in juvenile cases or in lawsuits to determine paternity. Certain kinds of documents are routinely sealed in other cases, such as financial statements in divorce proceedings. For the most part, however, documents filed in court are treated as public records that can be viewed by anyone.

Making records available to the public assures that justice does not occur behind closed doors. Transparency is a safeguard against corruption. Making court filings public also helps citizens understand whether judicial rulings are supported by evidence, or whether judges are disregarding evidence to favor one side or the other.

In lawsuits against corporations, courts routinely agree to seal documents because they are told that the documents contain proprietary information, including trade secrets, that will harm a party’s ability to operate its business if the information is revealed to competitors. In many cases, however, a business that asks a court to seal documents simply wants to prevent the public from learning about its misconduct.

Recognizing that the public benefits from that knowledge, Congress and most state legislatures have discouraged judges from sealing certain kinds of information. For example, settlements of lawsuits alleging violations of the Fair Labor Standards Act cannot usually be made confidential. Congress recognized that other employees benefit from public disclosures that their employer has been held accountable for its wage law violations. Employers are less likely to cheat other employees out of their earned wages when the settlement of a wage claim is made public.

Unfortunately, disclosure of information about corporate misconduct that would benefit the public has become the exception rather than the rule. A recent Reuters investigation revealed how judges may have furthered the opioid crisis by agreeing to keep documents confidential in lawsuits filed against opioid manufacturers.

The State of West Virginia sued Purdue Pharma in 2001, alleging that the company deceived doctors when it advised them to prescribe OxyContin for pain relief while underplaying the risk that patients would become addicted to a dangerous narcotic. Doctors routinely prescribed OxyContin to West Virginia coal miners for their job-related pain.

Purdue marketed OxyContin as a “safe” drug that would slowly release oxycodone, a narcotic, over a 12-hour period, avoiding the addictive “high” that accompanies morphine and other narcotics. During discovery, the state received thousands of documents that Reuters describes as “internal memos, notes from sales calls on doctors, marketing plans and other records” relating to drug sales.

The state filed some of those documents with the court after Purdue asked the court to enter judgment against West Virginia. Reuters notes that the documents provided compelling evidence that “Purdue’s sales pitch was full of dangerous lies.” The judge therefore concluded that the case should go to trial.

At Purdue’s request, the judge sealed that evidence, keeping it from public view. It remained sealed after Purdue and West Virginia settled the case.

The Social Cost of Confidentiality

Reuters reports that dozens of judges in similar lawsuits against Purdue granted similar requests to hide evidence from public inspection. The problem of OxyContin addiction subsequently burgeoned, unchecked by public disclosure of evidence that Purdue was contributing to a public health crisis.

The secret evidence in the West Virginia case was leaked to the Los Angeles Times in 2016. By reviewing those documents, the Times was able to report that patients did not receive 12 hours of relief, as Purdue claimed, and that Purdue knew patients were taking its addictive drug more frequently to obtain its benefits. Purdue nevertheless continued to market OxyContin as providing a full 12 hours of pain relief in order to protect its market share against less expensive painkillers that lasted less than 12 hours.

Rather than admitting the drug did not live up to its marketing claims, Purdue encouraged doctors to prescribe stronger doses for patients who complained that pain returned within 12 hours. Stronger doses increase the risk of addiction and of overdosing.

Had the public learned the truth in 2001, doctors would probably have prescribed less OxyContin or would have monitored its use by patients more carefully. Instead, the national death rate from opioid overdoses soared, particularly in rural states like West Virginia. As Congresswoman Katherine Clark told Reuters, it is impossible to know how many lives might have been saved if judges had not sealed evidence of Purdue’s social irresponsibility.

While Purdue told Reuters that “any suggestion the company used court-ordered secrecy to withhold relevant safety information about OxyContin is misleading and inflammatory,” the information leaked to the Los Angeles Times points to a different conclusion.

Secret Evidence and the Public Interest

The problem of sealed evidence is not confined to the past or to lawsuits against Purdue. As Reuters reported, “Federal Judge Dan Polster is providing the same cover for multiple opioid makers, distributors and retailers” in over 2,000 cases against the opioid industry that have been consolidated in his Cleveland court.

Manufacturers of other potentially dangerous products have kept evidence of their marketing practices secret. Reuters “found that over the past 20 years, judges sealed evidence relevant to public health and safety in about half of the 115 biggest defective-product cases consolidated before federal judges” in multidistrict litigation. Those cases involve a quarter of a million lawsuits addressing allegedly dangerous products, including vehicles, firearms, medical devices, and baby powder.

According to Reuters, “hundreds of thousands of people were killed or seriously injured by allegedly defective products after judges in just a handful of cases allowed litigants to file under seal, beyond public view, evidence that could have alerted consumers and regulators to potential danger.” In 85% of those cases, judges sealed evidence simply because a corporation asked it to do so, without weighing the corporate interests against the public interest in disclosing the evidence.

The Need for Sunshine

Lawyers and judges are both to blame for the failure to scrutinize requests to seal records. Lawyers representing corporations have an interest in protecting their clients’ reputation. Lawyer for plaintiffs often conclude that agreeing to seal records will make a case easier to settle, because the exposure of misconduct prior to trial might encourage the corporation to fight to protect its reputation in court.

Judges have an incentive to do whatever is easy. Keeping cases moving is an important objective, but not a legitimate reason to ignore the public interest.

Business lobbyists have long opposed a federal sunshine law that would prohibit sealing information relevant to the health and safety of consumers simply because a corporation categorizes the way in which harms the public as a “trade secret.” A sunshine law may be the only remedy to counter what attorney David Schultz described as a troubling trend: ““We don’t have a system of secret justice in this country, and it seems like more and more things are happening behind closed doors.”

Class Action Lawsuit Filed Against Pop Warner for Concussions in Football
Who Should Be Responsible for Driverless Car Accidents?
America's Test Kitchen's Lawsuit
Is Airbnb Responsible for Property Rental Discrimination?