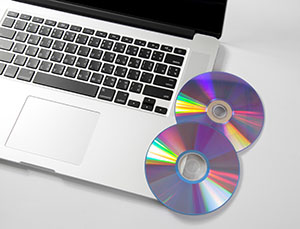 Adobe makes Photoshop and Premier, among other programs, and the other companies make architectural, engineering, and design software including WinZip and PaintShopPro.

The lawsuit, filed in the US District Court for the Northern District of California, charges the chain with “willful, repeated and ongoing unauthorized reproduction and use of certain of plaintiffs’ software products.”

The plaintiffs claim that Forever 21 continued to use unauthorized copies of the programs even after the plaintiffs contacted them about the issue.

The complaint also alleges that the chain “circumvented technological measures” designed to present unauthorized copying, in violation of the Digital Millennium Copyright Act.

Forever 21 has been sued more than fifty times for the alleged misuse of the work of other designers. It one all of these cases, and only one case even made it to trial. That case ended with a hung jury, with one juror taking the side of Forever 21. The case settled just before a retrial was scheduled to start.

Photoshop, the leading photo-editing software in the world, is one of the most pirated programs. Partly in response to this problem, Adobe adopted an online Creative Cloud “software as a service” (SaaS) model in 2013.

Adobe encourages employees of companies engaged in pirating its software to become whistleblowers – to alert their employers that they could be sued for copyright infringement.

Adobe also encourages employees to report copyright violations to the Business Software Alliance and the Software and Information Industry Association.

It’s not clear how the plaintiffs in this latest case became aware of the alleged copyright violations by Forever 21. It’s also not clear why a company like Forever 21, with close to 500 stores and $3.7 billion in sales, would choose to use pirate software, assuming the allegations of the complaint turn out to be true.

According to the Business Software Alliance, 57% of the world’s computer users admit to using pirate software. The BSA survey was based on questions to 15,000 people in thirty-three countries in 2012.

The BSA website defines software piracy as “the unauthorized copying or distribution of copyrighted software. This can be done by copying, downloading, sharing, selling, or installing multiple copies onto personal or work computers.”

The BSA says that the commercial value of pirate software installed worldwide was more than $62.7 billion in 2013.

The BSA points out that, in addition to facing lawsuits from software companies, users of pirate copies of software also face security risks from malware embedded in pirate copies.

While company IT managers are concerned about the harm that pirate software can do to their systems, fewer than half say that they are confident that all of their companies’ software has been properly licensed.

Many software companies protect their rights by performing audits of companies that license their software. These audits are intended to reveal whether a company is using unlicensed software or more copies than are allowed under the license.

If you’ve recently received notice that you’re facing an audit of your software use, or if you’ve already been sued for software piracy, you may wish to contact an attorney who specializes in copyright cases involving software.