A federal judge in Illinois has dismissed a lawsuit seeking $3 billion in royalties filed by the great-grandchildren of an actress who played Aunt Jemima. 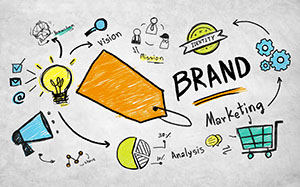 Dannez W. Hunter and Larnell Evans Jr. sued the Quaker Oats company, and its parent company Pepsi, in 2014 based on Quaker’s use of images of their ancestor Anna Harrington.

Quaker makes Aunt Jemima brand pancake mix, pancake syrup, and other breakfast -related products. The trademark for the brand was first used in 1893 and first registered in 1937.

“Aunt Jemima” was one of the stereotypical African-American characters featured in minstrel shows — a form of “entertainment” performed by either white or black performers wearing black makeup. These performances often mocked African-Americans.

The Faces of Aunt Jemima

Harrington began appearing as Aunt Jemima in 1935. Her picture appeared on Quaker Oats products, and she played the role for 14 years, earning enough money to buy a large house.

The plaintiffs’ 60-page complaint included purported causes of action for:

Plaintiffs apparently didn’t actually have a copy of the contract in which Quaker promised royalties to Harrington, as they asked Quaker to produce it.

Plaintiffs alleged that Quaker used Harrington’s method of including dry milk in the pancake mix, and that the company also used dozens of her recipes in a cookbook, without giving her credit.

The plaintiffs represented themselves, apparently without the help of a lawyer.

According to Quaker, Hunter previously filed 25 other lawsuits alleging discrimination or other claims relating to well-known characters or public figures.

At one point, the plaintiffs asked the judge to exhume Harrington, saying that a Quaker executive had” bragged” to reporters about the death of “Aunt Jemima.”

However, that so-called quote turned out to be from Uncyclopedia, a parody version of Wikipedia that calls itself “the mothership of amateur comedy writing.” The parody “article” included “quotes” from “Betty Crocker” and “Mrs. Butterworth.”

The judge rejected the exhumation request. The plaintiffs filed their lawsuit a week later.

The case was dismissed based on the plaintiffs’ lack of standing to make a claim on behalf of Harrington’s estate:

Plaintiffs do not allege that they are authorized to act as executors or administrators of Harrington’s estate, or even that such an estate exists (or ever existed). The only information about plaintiffs’ connection to Harrington provided by the amended complaint is an account of how Hunter received a photograph (now lost) of Harrington from his grandmother and of plaintiffs’ attempt to locate Harrington’s grave in Syracuse, New York.

Although this particular case was unsuccessful, under the right circumstances it is possible for heirs to bring a claim based upon the intellectual property rights of someone who is now deceased. If you believe you may have such a claim, you may wish to consult an intellectual property lawyer.