Who Will Be Liable for 737 MAX Deaths? 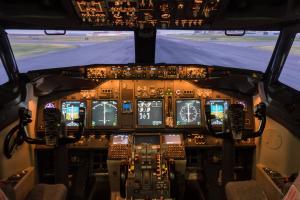 Two Boeing 737 MAX aircraft recently crashed within months of each other. The flights, operated by Ethiopian Airlines and Indonesia-based Lion Air, ended with the cumulative deaths of more than 300 passengers.

Evidence suggests that Boeing’s Maneuvering Characteristics Augmentation System (MCAS), designed to prevent the aircraft from stalling, is responsible for the crashes. The MCAS was added to the 737 Max because the aircraft’s engine size and placement makes the 737 MAX more likely than earlier 737 models to stall as it ascends or turns.

What should be a safety feature may have doomed the two planes. The MCAS relies on data from angle-of-attack sensors to determine the angle at which the aircraft is ascending. The MCAS automatically lowers the plane’s nose if that angle is too steep. Faulty angle-of-attack sensors may have triggered the MCAS, forcing the nose down even when the plane was not climbing.

After initially claiming that it had no basis to be concerned about the safety of the 737 MAX, the Federal Aviation Administration (FAA) grounded the 737 MAX in the United States. Most other western countries had already grounded the aircraft in their countries.

Boeing recently released an update to the 737 MAX software that may reduce the likelihood of a crash if a sensor is faulty. The new software will compare the angle-of-attack readings from two sensors. If the readings are different by more than 5.5 degrees, the MCAS will not activate. In addition, when the MCAS does activate, it will not lower the nose so aggressively that pilots are unable to counteract it.

The will need to approve the fix. While the FAA has been notoriously willing to accede to aircraft manufacturers rather than independently verifying the safety of aircraft systems, the agency might want to avoid more bad publicity by conducting a careful review of the MCAS and its software update before approving the plane to fly.

If the proposed remedy wins FAA approval, Boeing will need to install the update on grounded planes, test the system, and train pilots to use it. It may take several weeks for the 737 MAX to fly in the United States. It will take even longer if pilots are required to complete flight simulator training, which Boeing insists is unnecessary. Regulators in some countries might disagree, given pilot complaints about an insufficient flight manual that tells pilots how to operate the 737 MAX.

When a commercial aircraft crashes, family members of passengers who died in the crash can seek compensation. The nature of that compensation will depend on the country in which the lawsuit is commenced and, if it is filed and remains in the United States, on the governing law of the state in which the suit is filed.

Nearly all passengers on the Lion Air flight were Indonesian. Eight Americans died on the Ethiopian Airlines flight. Regardless of nationality, lawsuits against Boeing would likely be filed in the United States, where Boeing is incorporated, in part because courts in the United States are more likely to award full compensation than courts in Indonesia or Ethiopia.

When lawsuits by foreign nationals are filed in the United States, the court will need to decide whether the suit should remain in the US or should be transferred to the country where the crash occurred and/or where the airline is based. While courts sometimes agree with aircraft manufacturers that it would be more convenient for everyone for the lawsuit to be heard where the airplane crashed, those arguments may be unavailing in lawsuits against Boeing that depend heavily on actions that Boeing took in the United States.

Several lawsuits have already been filed against Boeing for compensation as a result of the crashes. If the lawsuits are litigated in the United States, there is good reason to believe that Boeing will be held responsible for manufacturing a defective aircraft. Under American law, the manufacturer of the aircraft (as well as the manufacturer of a defective component) is usually held strictly liable for accidents caused by product defects.

A considerable body of evidence suggests that Boeing rushed the 737 MAX into production because it felt pressure to compete against the Airbus A320neo. The Seattle Times reports that Boeing pressured its engineers to speed up the process of certifying the safety of the plane’s systems.

The Transportation Department and the Justice Department have reportedly launched an investigation into the safety analysis that Boeing presented to the FAA when it asked for approval of the MCAS system. If Boeing withheld or falsified data when it certified the safety of the 737 MAX, that evidence could persuade juries to award substantial punitive damages against Boeing. The allegation that Boeing withheld safety information from pilots, if true, would also be powerful evidence of Boeing’s culpability.

Aircraft makers often argue that negligence claims are preempted by the FAA’s approval of their aircraft as flightworthy. That defense may be undercut by Boeing’s self-certification of its MCAS system, particularly if it failed to notify the FAA of the risk posed by faulty angle-of-attack sensors.

The fact that Boeing issued new software to correct the problem might be seen as an admission that a problem existed. One legal issue that courts will need to address is whether those remedial measures can be introduced as evidence of the aircraft’s defect. The federal rule might prohibit that evidence, although an exception to the rule might allow its admission to show that a safer design was feasible.

In addition, Boeing offered an optional safety feature that might have alerted pilots that the two angle-of-attack sensors disagreed, allowing the pilot to conclude that one sensor was faulty. Neither Lion Air nor Ethiopian Air purchased that expensive safety upgrade. They might have been negligent by increasing the risk to their passengers in order to save money. Yet Boeing might also have been negligent for offering warning indicators as an option instead of making them standard equipment. (Boeing will apparently be adding the indicators to the aircraft at no cost when it updates their software.)

Airline Liability for a Crash

The surviving families of crash victims may be able to sue the airlines in addition to Boeing. When pilot error causes a crash, the airline is responsible as the pilot’s employer. An argument could be made that the airlines shared the blame for the crashes if evidence shows that the airlines failed to train pilots sufficiently or if they failed to detect and replace problematic sensors.

There is evidence that the day before the Lion Air crash, the same aircraft suffered the same problem. A crash was avoided because a third pilot who was catching a ride with the flight crew reportedly recognized and remedied the problem. If that report is true, Lion Air was likely negligent in failing to ground the aircraft until the problem was resolved, and in failing to notify all of its 737 MAX pilots of the procedure they should follow if the nose begins to dip.

The Convention permits those lawsuits to be filed in the country where the passenger resided. Families of passengers who did not fly internationally may be limited to the damages made available by the law of the country in which the airline was located.

Should the FAA Be Liable?

The FAA is under scrutiny for its practice of allowing manufacturers to certify the safety of their aircraft rather than making an independent determination that the aircraft is flightworthy. The FAA might also be faulted for failing to require Boeing to equip every 737 MAX with an indicator that shows pilots when the angle-of-attack sensors disagree, rather than allowing Boeing to sell it as an option.

The cozy relationship between regulators and regulated industries is good for profits but bad for consumers, notwithstanding politicians who claim that doing away with regulations always benefits the country. If the FAA failed to do its regulatory job, however, it is unlikely that its failure would allow families of crash victims to sue the United States government.

Federal officials enjoy broad immunity when they carry out discretionary actions that do not violate clearly established laws. Even if the FAA botched its regulatory oversight of Boeing, unless an FAA official acted corruptly or otherwise violated a law, it is unlikely that the FAA will be civilly liable if it carelessly authorized an unsafe plane to fly.