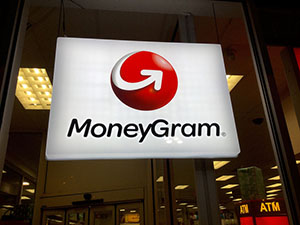 Twenty-one states have filed a lawsuit against Delaware, seeking to take back more than $150 million in uncashed money orders.

Delaware law requires that financial institutions incorporated under its laws turn over all unclaimed funds to Delaware. Because MoneyGram was incorporated in Delaware, all of its uncashed money orders must, by law, go to the state. However, this lawsuit claims that this requirement is a violation of the Disposition Act of 1974.  See 12 USC Ch.26 § 2503.

Texas and Arkansas are the two states leading the lawsuit. Texas Attorney General Ken Paxton says that this federal law allows unused funds like money orders and travelers checks to be claimed by the state in which they were purchased.

In a press conference announcing the suit, Paxton stated, “Delaware is ignoring controlling federal law in exchange for financial gain…They have hundreds of millions of dollars that rightfully belongs to taxpayers of our states…They’ve had our money over the last several years, they’ve kept our money…Delaware has the money. The business itself doesn’t have the money, they were ordered by Delaware to send the money to Delaware. So, we’re just trying to get what is owed to us.”

Arkansas Attorney General Leslie Rutledge has stated that “such abandoned and unclaimed property should be turned over to the state where the property was purchased” and asserts that the taxpayers of Arkansas have been robbed.

Delaware Says Tell It To the Supreme Court

Delaware Finance Secretary Thomas Cook has stated that this lawsuit is redundant.  “This issue has been the subject of two prior lawsuits, filed by Pennsylvania and Wisconsin, against Delaware in federal district courts earlier this year…Delaware disputes the allegations in those suits and, to bring some clarity to this issue, filed an action in the U.S. Supreme Court last week to resolve the outstanding legal question. Delaware cannot speculate why Texas did not intervene in the existing Supreme Court case, but is hopeful that the Supreme Court will provide all states with guidance on how companies should handle this particular type of unclaimed property in the future.”

Earlier this this year, Pennsylvania sued Delaware for $10.2 million worth of abandoned MoneyGram checks purchased in Pennsylvania between 2000 and 2009. Wisconsin also sued for more than $13 million.

The lawsuit was filed in the U.S. Supreme Court because it a dispute amongst the states. The Supreme Court has original jurisdiction to hear disputes between states.

Moneygram spokesperson, Michelle Buckalew, has said, “This is a dispute among states over which state has the priority to property escheated to the State of Delaware in good faith by MoneyGram. MoneyGram will comply with the decision made by the U.S. Supreme Court.”

A recent task force studied how Delaware collects its revenue. It determined that claimed abandoned property, which includes money orders, accounts for 15% of Delaware’s income. This is the third largest source of revenue for Delaware.