Illinois Passes a Law Limiting Use of Jailhouse Snitches 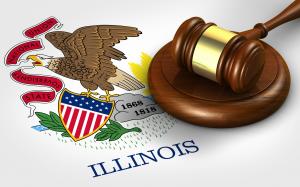 In a victory for advocates of fair trials for individuals accused of crime, the State of Illinois has adopted a law that will restrict the use of “jailhouse snitch” testimony by prosecutors. The law may stand as a model for other states as pressure mounts for meaningful criminal justice reform.

A “jailhouse snitch” is the colloquial term for an inmate who testifies against a fellow inmate in the hope of a reduced sentence or other favorable treatment. Given that they are incarcerated, the credibility of prisoner witnesses is suspect under the best of circumstances. An inmate who cooperates with the prosecution of another inmate, however, has a strong incentive to fabricate evidence to increase his or her value to the government.

Prosecutors rarely promise specific benefits to inmate witnesses because they know the promises will be exposed on cross-examination. But prosecutors and inmates share a tacit understanding that the prosecutor will reward an inmate for cooperation. After all, if prosecutors did not routinely reward jailhouse snitches, inmates would stop cooperating with prosecutors.

Everyone in the system knows how the game is played. Everyone also knows that inmates will only be rewarded if they provide valuable information. The more valuable the inmate’s testimony will be, the greater will be the inmate’s reward. Inmates therefore have a powerful incentive to give false testimony against a defendant in order to minimize or avoid punishment for their own crimes.

The most common lie told by a jailhouse snitch is that the cellmate defendant admitted committing the crime for which he or she is being prosecuted. To bolster that lie, the snitch will typically read the cellmate’s legal documents or newspaper accounts of the crime, gleaning details that can be used to make the inmate’s testimony seem credible. Unscrupulous prosecutors sometimes feed the snitch details that the snitch can regurgitate in testimony, claiming that the details were provided by the defendant in a jailhouse conversation.

The Center for Wrongful Convictions at Northwestern University published The Snitch System, a report that documented the shameful role jailhouse snitches and other incentivized informants play in the criminal justice system. The authors determined that unreliable snitches are the leading cause of wrongful convictions.

The Innocence Project is a nonprofit organization that seeks to exonerate wrongfully convicted prisoners while spotlighting the unfair tactics that cause innocent defendants to be convicted. According to the Innocence Project, jailhouse informants played a role in 156 wrongful convictions that were overturned after DNA testing established the accused’s innocence.

Most criminal cases do not involve DNA, which makes it impossible to know how many other wrongful convictions have been based on lies told by jailhouse snitches. It is clear, however, that far too many criminal defendants are denied a fair trial because prosecutors rely on jailhouse snitches to augment shaky evidence of guilt.

In addition to jailhouse snitches, the police often use confidential informants (CIs) when investigating crimes. Courts draw a distinction between “citizen witnesses” (ordinary people who openly cooperate with the police by reporting information that comes to their attention) and CIs.

Citizen witnesses are presumed to be reliable because they have nothing to gain by cooperating with the police, other than doing their part to be contributing members of the community.

A CI, on the other hand, is someone who secretly provides information to the police on the condition that the informant’s identity will not be revealed. A CI may or may not be reliable, depending on the informant’s motivation for requesting confidentiality.

Many CIs are in a position to provide information because they are themselves criminals. They may benefit if the police arrest a rival criminal or if they are given a reward (such as an agreement not to arrest them for their own crimes) in exchange for cooperating.

On the other hand, honest CIs merely hope to protect themselves from retribution. An employee who tells the FBI that her employer is overbilling the government for services provided to Medicare patients may desire confidentiality to avoid being fired.

Michael Cohen is an example of a cooperating witness. The judge who sentenced Cohen remarked that the “system of justice would be less robust without the use of cooperating witnesses to assist law enforcement.” Prosecutors tend to agree.

A competing view is that cooperation agreements encourage witnesses to tell prosecutors what they want to hear. Since criminal defendants get bigger breaks when they have more to offer, cooperating witnesses sometimes exaggerate to inflate the importance of their testimony. Sadly, politicians rarely view witness cooperation as a problem until they become the targets of criminal investigations.

Jailhouse snitches, on the other hand, are unreliable by nature. Most confidential informants and cooperating witnesses provide information about people with whom (or for whom) they committed crimes. Those relationships at least put them in a position to acquire the information that they later disclose.

A jailhouse snitch is usually a stranger to his or her cellmate. It is rare for an arrested person to make damaging admissions to total strangers simply because they are sharing a jail cell. Yet prosecutors routinely convince juries that defendants have confessed their crimes to a cellmate they only recently met.

In recognition of the inherent unreliability of jailhouse snitches, Illinois passed a relatively modest law that requires prosecutors to disclose their intent to use a jailhouse witness at trial and the benefits that the witnesses will receive. The latter disclosure, however, is already required by the Constitution and is easily circumvented by prosecutors who make no explicit promise of a benefit, instead relying on a wink-and-a-nudge to convey the promise that cooperation will be rewarded.

The new law also requires judges to instruct juries that the testimony of a jailhouse informant is historically unreliable. Defense lawyers already make that argument to juries, but the admonition carries greater weight when it comes from a judge.

More importantly, the law requires a court to “conduct a hearing to determine whether the testimony of the informant is reliable.” Since courts routinely conduct pretrial hearings in civil cases to determine whether proposed expert witnesses are reliable, there should be little objection to extending that rule to bar the testimony of jailhouse snitches in criminal prosecutions unless the prosecution can show that the snitches are reliable.

A conscientious judge should require the snitch to testify at a pretrial hearing so that the witness can be cross-examined. The American legal system is premised on the belief that cross-examination is the best means of exposing untruthful testimony. Only by watching the snitch testify can a judge determine the reliability of the testimony.

Illinois prosecutors opposed these modest reforms, persuading Gov. Bruce Rauner to veto the legislation. The state legislature overrode that veto after hearing from innocent defendants who were convicted on the strength of jailhouse snitch testimony.

Prosecutors argued that the law creates a slippery slope that might lead to laws requiring proof that other prosecution witnesses are credible. It is difficult to understand, however, why a prosecutor who is interested in the truth would object to basing a case solely upon the testimony of witnesses who are worthy of belief.

The Innocence Project hopes to use the Illinois law as a model for similar laws in other states. Not every state legislature views a fair trial for criminal defendants as a priority, but every state that adopts laws subjecting jailhouse snitches to scrutiny will take an important step toward protecting the innocent from wrongful convictions.