The company behind a recent Star Trek fan film faces a copyright lawsuit from the franchise’s production company despite recent assurances from the producer behind the Star Trek rebirth that the case will not be pursued.  The continued copyright action against a fan-funded short film available on YouTube has angered many fans of the show and films, but attorneys representing the Star Trek copyright holders have maintained their claims of unlawful use of characters and storyline against the rogue filmmakers. 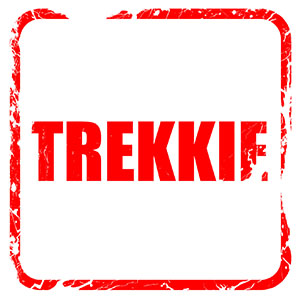 In late December, attorneys for Paramount Pictures Corporation and CBS Studios, Inc. filed a copyright lawsuit against Axanar Productions, Inc. over a fan-made Star Trek film released on YouTube.  According to the complaint against Axanar, the defendants infringed on Paramount and CBS’s intellectual property by producing a film which Axanar’s producers said should “look and feel like a true Star Trek movie.”  The short film, entitled Prelude to Axanar, received more than $1 million in donations from Star Trek fans and can be viewed on YouTube.  The Axanar production company also intends to complete another fan film which goes into greater detail on the story which it began in the prelude release.

Prelude to Axanar was produced with a high production quality with paid actors, CGI created scenes which look similar to recent Star Trek films, and the type of costumes and make up which have been a hallmark of the Star Trek fictional universe for more than fifty years.  According to Paramount and CBS, the Axanar film and its related works are “unauthorized derivative works of … Star Trek television series and movies, in contravention of the copyright laws of the United States.”  The complaint against Axanar alleges a willful intention to unlawfully infringe on the copyrighted fictional Star Trek universe by using characters, settings, and themes controlled by Paramount and CBS.

Paramount and CBS requested the Court authorize damages of $150,000 paid to the plaintiffs, order the film be removed from YouTube, and prevent Axanar from engaging in any further copyright infringement by using Star Trek materials.  Despite the aggressive stance taken by the corporate owners of Star Trek copyright, JJ Abrams, who has directed or produced all of the films in the franchise’s recent rebirth, told fans that the lawsuit would be dropped.

Axanar’s founder and director of the controversial film, Alec Peters, has maintained that Prelude to Axanar is intended as an homage to the franchise rather than a damaging infringement of intellectual property.  In response to the lawsuit, Peters released a statement which explained that the film is a “love letter to a beloved franchise” which allowed Star Trek fans to create and share new stories within the fictional universe.  Star Trek fans have largely supported Axanar, creating a public squabble between a loyal and committed fan base and the corporations which own, and seek to control, the release and creation of Star Trek fiction.

Last month, JJ Abrams seemingly broke ranks from the corporate structure which owns Star Trek when he told a gathering of fans that he and other studio executives had determined the lawsuit was “not an appropriate way to deal with the fans.”  Abrams went further by telling the crowd, “The fans should be celebrating this thing. Fans of Star Trek are part of this world. So [director Justin Lin] went to the studio and pushed them to stop this lawsuit and now, within the next few weeks, it will be announced this is going away, and that fans would be able to continue working on their project.”

With Abrams all but promising the lawsuit would be dropped, attorneys for Axanar and Peters filed a new round of legal paperwork which highlights Abrams’s speech and other similar statements from Paramount and CBS which suggest the legal matter will be dropped.

Last week, attorneys for Paramount and CBS provided an update on the ongoing Star Trek copyright lawsuit which directly countered the speech delivered by JJ Abrams in May.  According to documents filed by the plaintiffs, the lawsuit is still ongoing and the companies intend to seek redress for Axanar’s alleged intellectual property violation, leaving the status of future films from the small company uncertain.  Although fan films like Axanar have long been tolerated by large studios, the production quality and extensive crowd sourced funding which Axanar executives were able to coordinate has apparently concerned Paramount and CBS enough to continue the legal claim.

Axanar’s production team has responded to the ongoing legal battle by reiterating their commitment to producing a high quality story for the fans, and reminding the plaintiffs that the company will not profit from the film.  The planned follow up to Prelude to Axanar will, like the first version, be released for free on the internet as a celebration of the Star Trek universe.  Despite the stated intentions, Paramount and CBS have announced that they will not back down, but are willing to engage in settlement talks with the defendants which could allow for continued efforts to release the next Axanar fan film.