Could you lose custody of your children because you legally smoked pot in your home while they were present? Does growing medicinal marijuana on your property expose you to child endangerment charges? An emerging controversy has pitted an adult’s right to lawfully use and grow marijuana against the state’s compelling interest in protecting children from exposure to risk.

Marijuana’s growing acceptance in the United States is complicating the issue of determining when children are in danger. Take a look at the following examples of parents who have had their parental rights revoked due to the use of medical marijuana…

Is It Legal to Use or Possess Marijuana Around Kids? 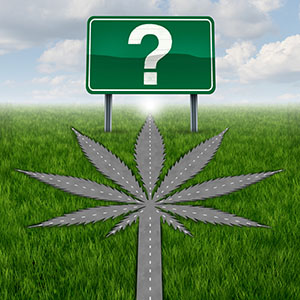 Although adults may lawfully possess and use marijuana in certain circumstances, state lawmakers have yet to decide whether marijuana becomes an illegal health hazard when children are present.

For example, Colorado now considers marijuana use legal for individuals 18 years of age and older, but pot is still treated like heroin and other Schedule I controlled substances under federal law. The Colorado General Assembly recently considered legislation that would have criminalized marijuana use around children by defining a “drug-endangered child.”

However, lawmakers abandoned the measure after hearing emotional testimony from both pot-advocating parents, who feared the law could be used to take their children away, and marijuana-legalization opponents, who argued that pot remains illegal under federal law and that its use in a home threatens the welfare of children.

The Colorado man who lost custody of his children eventually won his case when the Colorado Court of Appeals ruled that a parent’s marijuana use when his or her children are not present doesn’t place them at risk. Currently, California law does not specifically prohibit using or growing medical marijuana when children are present in the home. However, doing so could complicate your parental rights if you are involved in a child custody dispute.

More importantly, your use of marijuana where minors are present may attract the attention of Child Protective Services. This could result in having your children removed from your custody, and in some situations, it may lead to your arrest for child endangerment.

What is Child Endangerment in California?

Penal Code section 273a broadly defines the crime of child endangerment. Under this law, you could face prosecution whenever a child is under your care or custody and you:

If the prosecuting agency in your county believes that you are “endangering the health of your child” by smoking marijuana or growing it in a home where your children reside, you may face criminal charges. These charges may be filed as a misdemeanor or as a felony.

If convicted of felony child endangerment, you could be sentenced to up to six years in prison and ordered to pay a maximum $10,000 fine. A misdemeanor conviction is punishable by up to one year in county jail, up to a $1,000 fine, or both.

Additionally, allegations of child abuse or a child endangerment conviction could lead to you being listed on California’s Child Abuse Central Index which is the Department of Justice’s record of known child abusers.

What Does This Mean For You?

Parents and users of legally-prescribed medical marijuana in California need to be aware of the potential legal consequences and health-related risks of smoking and growing pot in a home where children reside.

Pot may be gaining acceptance, but child abuse will never be tolerated. When it comes to protecting children, courts will always do what they believe is in a child’s best interest.