Can You Be Jailed for Failing to Pay a Fine? 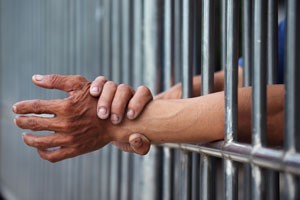 Many state and local governments treat certain violations of the law as “fine-only” offenses. That is, the violation can be punished with a fine but not with incarceration. Yet failing to pay the fine will often subject the offender to a term in jail.

Failing to pay a fine is not, in itself, a crime. Jail is a means of coercing payment, not of punishing nonpayment. A person confined to jail for nonpayment can typically purge the confinement order, and earn release, by paying the fine.

What happens when the person who was fined is poor and lacks the resources to pay? Does the law treat the indigent and the affluent differently? People with money avoid jail by paying the fine, while people who lack money might be forced to serve whatever jail term a court imposes.

The same issue arises when defendants who commit crimes are placed on probation with a condition that requires them to pay a fine. The failure to pay may lead to a revocation of probation, followed by incarceration for the crime of conviction. Defendants who can afford to pay stay on probation while those who cannot pay lose their probation and go to jail.

For decades, the Supreme Court has interpreted the Equal Justice Clause of the Fourteenth Amendment as prohibiting incarceration of people for failing to pay fines when they are too impoverished to do so. In Bearden v. Georgia, the Court held that an indigent defendant’s probation could not be revoked for failing to pay a fine that the defendant could not afford. That decision relied upon an earlier precedent that prohibits states from imposing a jail term for a fine-only offense solely because an indigent defendant cannot immediately pay the fine in full.

The Supreme Court has distinguished willful refusals or insufficient efforts to pay fines from the financial inability to pay fines. Incarcerating defendants for the latter essentially criminalizes poverty.

Notwithstanding the Supreme Court’s guidance, state and municipal courts have employed widely varying standards to determine whether a defendant’s failure to pay a fine was willful or was the result of poverty. Some judges have told defendants that they must place payment of fines above their other obligations, such as rent or medications. Courts have told offenders to use their social security disability income or veterans’ benefits to pay fines, even if those are their sole sources of income. A judge interviewed by NPR said he bases judgments about a defendant’s indigence on how the defendant is dressed or how many tattoos are displayed on the defendant’s body.

The problem is exacerbated by the tendency of states to add court costs to base fines as a way of balancing budgets, even when those costs have nothing to do with the underlying offense. In California, for example, court costs bloat a $35 speeding ticket into a $235 fine. The extra money is used for emergency medical air transportation, courthouse construction, and other purposes that would otherwise be funded from tax revenues.

The United States Department of Justice (DOJ) recently reminded state and local governments that the practice of jailing indigents for failing to pay fines is illegal. In a rare “Dear Colleague” letter to the chief judges and court administrators in all 50 states, the DOJ signaled the possibility of increased vigilance to assure that governments do not trample upon the rights of the poor.

In a sense, the letter is a plea for compassion. It urges court officials to consider the harm they cause by incarcerating people who have committed no crime and who are not to blame for their failure to pay fines. At the same time, the letter states that “in addition to being unlawful, to the extent that these practices are geared not toward addressing public safety, but rather toward raising revenue, they can cast doubt on the impartiality of the tribunal and erode trust between local governments and their constituents.”

Courts that ignore the “Dear Colleague” letter do so at their peril. The DOJ could withhold federal funds from courts that violate the civil rights of people who lack the financial ability to pay fines by incarcerating them for nonpayment. While the letter does not threaten any specific enforcement action, it is consistent with a DOJ lawsuit against the City of Ferguson, Missouri. That lawsuit alleges that the city’s police department has targeted low-income residents with fines to generate revenue for the city. The unstated implication of the “Dear Colleague” letter is that state and local governments may be facing DOJ lawsuits or other sanctions if they continue to incarcerate impoverished individuals for nonpayment of fines.