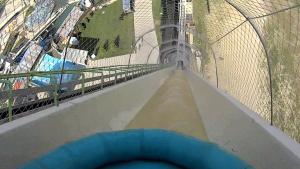 Accidents happen. The civil justice system helps accident victims recover compensation when they are injured (or when family members die) because another person or business was careless. In some cases, however, accidental deaths can lead to criminal charges.

The Schlitterbahn Waterpark in Kansas City, Kansas and its former operations director were recently indicted for involuntary manslaughter after a 10-year-old boy was decapitated on a waterslide. The indictment alleged that more than a dozen people had been injured on the waterslide, but the waterpark continued to operate the ride rather than making it safe or shutting it down.

When Is an Accident also a Crime?

Accidents are usually handled by the civil, rather than the criminal, justice system. Society has a tradition of defining crimes as intentional acts, and accidents by definition are not intentional. While intent does not always matter — speeding is unlawful whether or not a driver meant to exceed the speed limit — the punishment for violations that do not require an intent to break the law is not usually harsh.

The primary exception to that rule involves avoidable accidents with serious consequences that are caused by more than ordinary carelessness. When conduct can be described as reckless rather than merely negligent, society has always been more willing to inflict criminal punishment upon a person who causes an accident.

One of the ways involuntary manslaughter is defined by Kansas law is “the killing of a human being committed recklessly.” Under Kansas law, a person acts recklessly “when such person consciously disregards a substantial and unjustifiable risk that circumstances exist or that a result will follow, and such disregard constitutes a gross deviation from the standard of care which a reasonable person would exercise in the situation.”

The Kansas definitions of involuntary manslaughter and of reckless conduct are common in state criminal laws. The classic example of reckless conduct ending in death is shooting a gun toward a crowd of people without forming the intent to kill anyone. A person who shoots at a crowd, even if the shooter is not targeting a person, should understand the substantial risk of causing a death, and shooting a gun at a crowd despite the shooter’s awareness of that risk makes the shooter guilty of a crime.

Alleged Recklessness in the Waterslide Case

The Schlitterbahn Waterpark advertised its Verrückt (the German word for “crazy”) waterslide as the highest in the world. The waterpark did not advertise that it might also have been the most dangerous waterslide in the world.

The grand jury found that rafts on the waterslide tended to go airborne. In particular, the raft on which 10-year-old Caleb Schwab and two women were riding had a history of sailing into the air. The waterpark had removed it from service twice, but quickly returned the raft without correcting the problem.

Caleb, the son of Kansas Rep. Scott Schwab, was riding in the raft when it launched into the air and hit a pole. Netting attached to the pole was meant to keep riders from being thrown from the ride. Caleb was decapitated. The two women who were on the raft with Caleb were seriously injured. They settled their claims, as did Caleb’s family members, who received $20 million for Caleb’s wrongful death.

The indictment alleged that the Verruckt slide was designed by a waterpark owner who had no engineering expertise and rushed it into service without adequate testing. The owner allegedly wanted to build the world’s tallest waterslide so it would be featured on a Travel Channel show.

Ignoring Problems May Be Evidence of Recklessness

When poor design leads to injuries or deaths, product liability law provides a civil remedy. In most cases, however, design defects do not establish the recklessness required to obtain a criminal conviction.

The waterpark indictment is based on the waterpark’s alleged knowledge that the ride was dangerous and on its failure to correct the problem or to shut down the ride. The ride’s brake system allegedly failed 10 days before Caleb’s death, but that was only one of multiple safety issues.

Investigators discovered that the ride had operated for six months, and that 13 customers were injured by the ride during that time. Two customers sustained concussions and one suffered from temporary blindness.

That record of injuries should have persuaded park management to close the ride. Designing a potentially dangerous ride without the assistance or review of an engineer may also have been a reckless act.

Remarkably, a corporate statement claimed that the company’s “review of the facts and circumstances of the accident has never shown any evidence of criminal conduct on the part of anyone.” Yet investigators allege that thousands of pages of incriminating evidence were withheld in an attempt to cover up responsibility for the accident, and that the operations director lied to the police about earlier accidents.

Where Was the Government?

State governments typically mandate regular safety inspections of amusement park rides. While business lobbyists routinely decry the burden of regulation, the fact is that safety regulations save lives. If they do so at the expense of corporate profits, society has historically recognized the tradeoff as reasonable.

Unfortunately, Kansas law at the time of Caleb’s death allowed amusement parks to conduct their own inspections of rides. Caleb’s death is a tragic but predictable outcome of letting profit-motivated businesses police their own conduct.

In the wake of outrage over Caleb’s death, the Kansas legislature unanimously passed a law requiring state inspections of amusement park rides and requiring parks to report injuries and deaths to the state. After the glare of the spotlight faded, the legislature quietly delayed implementation of the law, and then modified the law to impose less regulation on certain rides, including those at county fairs — the kinds of rides that are least likely to be maintained adequately.

The importance of regulation is illustrated by the fact that inspectors closed eleven rides at the Kansas City Schlitterbahn park at the beginning of the 2018 season. Safety inspections revealed that parts were overdue for replacement and that inspection reports required by Kansas law were missing. While Schlitterbahn contends that it was in compliance with the law, four rides continued to be closed after a second inspection found continuing violations.

Photo Credit: Screenshot from video by .

Do Coke and Pepsi Have a … Read More

What Are the Legal Rights of … Read More