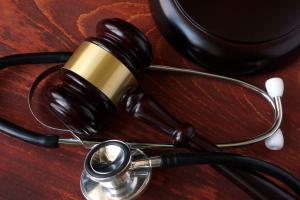 More than half of all U.S. states have enacted a law that limits the compensation courts can award to victims of medical malpractice. Most of those states have placed a cap on noneconomic damages.

Damages that do not involve a financial loss are classified as noneconomic damages. Compensation for pain, suffering, and emotional distress — often the largest category of damages awarded by a jury — involves noneconomic losses.

Suppose a 35-year-old engineer is earning $80,000 a year and plans to retire at age 70. The engineer’s lifetime earnings will be about $3.3 million. If a doctor’s error causes an injury that prevents the engineer from working, the Nebraska damages cap will not allow a jury to award full wage loss to the victim, much less future medical expenses and compensation for pain and suffering.

The doctor’s insurance company might argue that the present value of the engineer’s lifetime earnings (the amount that, if invested today, will produce $3.3 million) is a much smaller amount and within the damages cap. But a jury might conclude that investment earnings are likely to be offset by inflation.

In any event, it is easy to envision scenarios in which $2.25 million will be inadequate to cover economic losses, particularly when those losses will include a lifetime of medical expenses, the cost of coping with a disabling condition, or wage loss incurred by a highly compensated individual. Even if the cap allows a malpractice victim to receive full economic damages, the amount remaining to compensate the victim for noneconomic damages may be pitifully inadequate.

Damages caps resulted from the lobbying efforts of the insurance and medical industries. Claiming that a crisis was forcing doctors to leave their practices because they could not afford malpractice premiums, lobbyists argued for a cap on compensation to victims rather than a cap on insurance premiums.

The question is complicated by the fact that the number and size of claims paid is only one factor that determines the premiums charged by insurance companies. Declining competition in the insurance industry also encourages higher premiums.

A recent study published in the New England Journal of Medicine found that “a small number of physicians with distinctive characteristics accounted for a disproportionately large number of paid malpractice claims.” Just “1% of all physicians accounted for 32% of paid claims.” Weeding out incompetent doctors would be a more victim-friendly approach to rising insurance premiums than paying inadequate compensation to malpractice victims.

California capped noneconomic damages in medical malpractice lawsuits at $250,000 in 1975. The cap was not indexed to inflation, an omission that has greatly benefitted insurance companies in the intervening decades.

The costs of bringing malpractice cases are also subject to inflation. Expert witness fees, which must usually be reimbursed from settlements, can easily eat up a $250,000 verdict. While more money may be available when economic damages are awarded, paying experts from the recovery of economic damages harms patients by depriving them of the money they need to be made whole.

An article in Comstock’s points out that damages caps have cut in half the number of medical malpractice cases that are filed in California. The caps may have reduced insurance premiums by 2% or less, but there is no evidence that doctors are any less negligent than they were before the cap was enacted. Damages caps in California have harmed malpractice victims by making it difficult to find a lawyer who is willing to invest in expert witness fees, knowing that the fees may eat up the settlement.

The impact is greatest on patients who have only noneconomic damages. For example, if a newborn baby dies because of medical malpractice, the only economic damages will be funeral expenses. The Comstock’s article cites a case in which a jury awarded $2.5 million to a family who lost a baby to a healthcare provider’s negligence. The judge was forced to reduce the award to $250,000 plus about $5,000 for burial expenses. Damages caps send a message that state legislators place little value on human life and have no respect for the role of juries in the state’s judicial system.

The Future of Damages Caps

Appellate courts in several states, including Florida, have struck down damages caps, either because they violate a state constitutional right to obtain a remedy from people who cause harm or because they violate the concept of equal justice. There is little reason to insulate healthcare providers from liability when insurers of other negligent parties must pay full judgments for the negligent conduct of their insured parties.

The Florida court noted that damages caps save “a modest amount for many by imposing devastating costs on a few—those who are most grievously injured, those who sustain the greatest damage.” The court also questioned the legitimacy of the perceived insurance crisis. While it is rare for courts to second-guess legislators, the court may have been influenced by the knowledge that lobbyists for the medical and insurance industries championed legislation that harms injury victims while dramatically increasing the profits of insurance companies.

The rush to enact damages caps has slowed in recent years, while the trend in state courts has been to strike them down. State legislators, ever dependent on the support of lobbyists, have been slow to repeal or increase caps. As a result, malpractice victims in many states continue to be denied justice because the cost of bringing a lawsuit exceeds the recoveries they are likely to obtain.