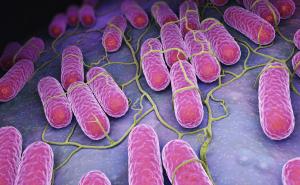 Salmonella is typically present in raw meats and vegetables. Proper food preparation protects consumers from most illnesses related to salmonella, and typical strains of salmonella produce relatively mild symptoms even when a consumer becomes infected. Some salmonella outbreaks in 2018, however, involved particularly virulent strains that have caused serious illnesses.

A number of salmonella outbreaks in 2018 were related to turkey products. While health authorities had difficulty tracing the outbreaks to a particular source, Jenny-O Turkey Sales voluntarily recalled 164,210 pounds of raw turkey in December that may have been contaminated with salmonella.

A month earlier, Jenny-O recalled more than 91,000 pounds of ground raw turkey products. Since the recalls were announced months after the products were manufactured, many packages of potentially contaminated turkey had already been sold.

On January 29, 2019, the Centers for Disease Control and Prevention (CDC) updated its announcement of a salmonella outbreak investigation that began in 2018. The CDC investigated 216 reported cases of illness caused by a particular strain of salmonella, beginning in November 2017. The illnesses occurred across 38 states and resulted in 84 hospitalizations as well as one death.

The salmonella strain was found in a variety of turkey sources purchased from many different locations. Three cases involved pet owners who fed their pets food that was made from raw turkey. The CDC was unable to identify a single turkey supplier to which the outbreak could be traced.

The CDC warned that the outbreak strain is present in live turkeys and in a variety of raw turkey products, suggesting that the contamination is widespread in the turkey industry. The strain may be resistant to certain antibiotics that are commonly used to treat salmonella infections.

While salmonella can be caused by exposure to hedgehogs and other animals, food products account for 1 million of the 1.2 million illnesses caused by salmonella infections each year. In addition to being spread by the distribution of contaminated foods through the supply chain, restaurants contribute to salmonella outbreaks when they fail to wash vegetables before preparing salads and when they undercook meats.

Typical symptoms of salmonella infections include diarrhea, fever, and abdominal cramps. Most infections resolve without the need for medical treatment, but 23,000 people are hospitalized and hundreds die every year because of salmonella-related illnesses. Salmonella is particularly dangerous when an elderly or pregnant consumer becomes infected.

Mild symptoms of a salmonella infection do not typically warrant a lawsuit. The expense of bringing the suit will usually dwarf the damages that a jury might award for a few days of physical discomfort. When a salmonella infection results in hospitalization, however, lawsuits are sometimes brought against the distributers and vendors of contaminated food.

The theory under which lawyers bring salmonella lawsuits may depend on state law. Some states regard contaminated food as an unsafe product and allow sickened consumers to benefit from strict liability theories that relieve them of the obligation to prove negligence. In other states, negligence or breach of an implied warranty that food will be fit to consume may furnish grounds for a lawsuit.

A lawsuit can be brought against a restaurant for failing to prepare safe foods when the evidence is strong that the infection was caused by eating contaminated food that the restaurant served. Lawsuits are most likely to succeed when several restaurant patrons who ordered the same meal over a short period of time all become sick. Evidence that a restaurant was cited for health code violations may also contribute to a successful lawsuit.

Lawsuits involving salmonella contamination have been filed against restaurants around the nation, including Taco Bell, Subway, and Chipotle. The New Hampshire Supreme Court recently affirmed an award of $750,000 to a man who became severely ill after eating a hamburger at Appleby’s that was contaminated with salmonella.

Proving the negligence of a food manufacturer or distributor, such as a plant that manufactures ground turkey, can be more challenging, but the CDC’s use of DNA analysis to trace a particular strain of salmonella to a particular distributor can supply useful evidence. The USDA’s stamp of approval will not always be a sufficient defense if the injured consumer can establish that the producer failed to take precautions to protect consumers from particularly virulent strains of salmonella.

Even if salmonella can be traced to a particular producer, juries may find that the consumer was negligent for failing to wash or cook the contaminated product thoroughly, and thus contributed to the resulting illness. A consumer’s contributory negligence will bar recovery in some states. In other states, consumers cannot recover if they were at least 50% at fault. In still other states, consumers can recover compensation even if their own negligence was mostly responsible for their injury, but the compensation will be reduced in proportion to their share of the fault.

For example, an Arizona jury in 2018 awarded $6.5 million to a child who suffered brain damage after eating infected chicken that was produced by Foster Poultry Farms. The jury found the child’s family to be 70% at fault, but the child was entitled to recover 30% of the verdict, or almost $2 million, from Foster Poultry Farms.