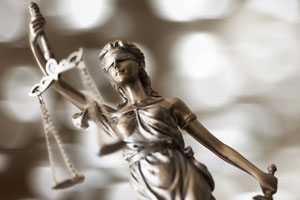 The regulation of liquor sales has historically been recognized as the province of state and local government. Communities have consequently adopted a variety of different rules that set standards for the issuance of liquor licenses and specify when and where wine, beer, and distilled spirits can be sold. For example, some communities allow grocery stores to sell hard liquor, some limit grocery store sales to beer and wine, some require alcoholic beverages to be sold in a separate part of a grocery store that has its own entrance, and some prohibit grocery stores from selling any alcoholic beverages.

Texas has a particularly restrictive set of regulations governing the sale of “packaged” liquor (alcoholic beverages that may be carried away from the premises where they are sold). One rule prevents a publicly traded corporation from holding both a beer and wine license and a distilled spirits license. Another prohibits unrelated license holders from operating more than five package liquor stores.

Wal-Mart, the nation’s largest retailer, has taken Texas to court, claiming that its package liquor regulations discriminate against its business. Wal-Mart sells beer and wine in its Texas stores but the regulations prevent it from selling distilled spirits. The case may eventually set a precedent that will determine the limits of state and local government regulation of liquor sales by large retailers.

Wal-Mart has more stores in Texas than in any other state. With more than five hundred stores in operation, Wal-Mart is hampered by the Texas rule that prohibits a single entity from owning more than five package store permits. Even more problematic for Wal-Mart is a rule that prohibits publicly traded corporations and franchised businesses from holding even a single package store permit.

Wal-Mart contends that Texas has created a protectionist scheme that benefits local permit holders. Wal-Mart argues that consumers want the convenience of purchasing liquor at Wal-Mart and that the restrictions are contrary to the state’s professed belief in free enterprise.

The Texas Alcoholic Beverage Commission (TABC), on the other hand, contends that it would be contrary to the public interest to add more than five hundred new liquor vendors to the state, all operated by a single enterprise. The TABC also argues that the Texas regulations encourage competition by assuring that a large number of small businesses, rather than a few large corporations, will sell liquor in Texas.

Wal-Mart has long been accused of driving small retailers out of business by moving into a small town and using its vast purchasing power to sell goods at prices that local stores cannot match. “Protectionist” policies may appeal to small liquor vendors that would have difficulty surviving if they had to compete against Wal-Mart’s economic might. Whether a juggernaut should be permitted to destroy all of its local competitors, leaving it as the sole significant occupant of a marketplace, is a policy question that legislatures, rather than courts, may be in the best position to decide.

The TABC has sole authority in Texas to issue package store permits. Wal-Mart sued the TABC and its commissioners in federal court for violating its constitutional rights. The TABC moved to dismiss the lawsuit, claiming that Wal-Mart failed to allege facts that would support a constitutional violation. The district court judge denied that motion.

Wal-Mart’s lawsuit contends that publicly traded corporations are prohibited from obtaining a package store permit because Texas favors Texas residents over nonresidents. It notes that a federal court struck down an earlier law that allowed only Texas residents to obtain the permits. That law, the court said, violated the Commerce Clause by discriminating against nonresidents.

The current law was enacted to replace the law that the court found unconstitutional. Wal-Mart contends that the current law serves the same unconstitutional purpose by different means. Since publicly traded corporations are not locally owned by Texas residents, Wal-Mart believes the legislature intended to favor local liquor store owners to the disadvantage of corporations that operate in many different states.

Wal-Mart also takes exception to the provision that allows individuals to hold no more than five permits. An exception to that limitation allows blood relatives to consolidate their businesses into a single legal entity that can then hold up to five licenses for each relative. By continually adding relatives to the business, the entity can hold an unlimited number of package store licenses. According to Wal-Mart, this exception allows a few Texas families to operate 20% of the package stores in Texas, and as many as 45% in some counties.

In addition to contending that Texas law impermissibly favors Texans, Wal-Mart argues that it is denied equal protection of the law because Texas makes irrational distinctions between different kinds of liquor retailers. The right to equal protection of the law does not require the government to treat everyone in the same way, but it does require differing treatment to be justified by rational and legitimate reasons. A law that draws arbitrary distinctions among different individuals or corporations is therefore unconstitutional.

Texas argues that the permit restrictions serve the legitimate end of promoting temperance by restricting the availability of alcohol. Wal-Mart concedes that promoting temperance is a legitimate end, but argues that the law is not rationally related to that goal. A weakness in Wal-Mart’s argument is that more than five hundred new outlets for liquor sales would open in Texas if it is granted the package sale permits that it desires. On the other hand, if the true purpose of the law is to favor Texas liquor sellers over out-of-state businesses, the law may be struck down as a violation of the Commerce Clause even if it survives an equal protection challenge.

The district court concluded that there was sufficient merit to both the equal protection and Commerce Clause challenges to permit the lawsuit to move forward. While that does not mean Wal-Mart will ultimately prevail, the judge’s decision may inspire the Texas legislature to make another stab at rewriting its package sales law.

The Texas Package Stores Association, a trade association that represents Texas liquor stores, asked to join the lawsuit so that its members would have a voice in the litigation. The district court denied that motion, but that decision was recently reversed on appeal. The trade association will now have input as the lawsuit moves forward. Whatever decision the district court ultimately makes will likely be appealed, and the appellate outcome may establish a meaningful precedent concerning state efforts to prevent large businesses like Wal-Mart from selling hard liquor in their stores.