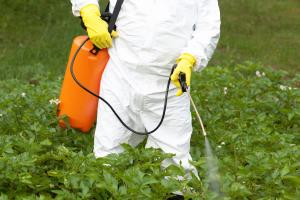 The company formerly known as Monsanto has been stung by recent verdicts finding the company liable for cancer caused by Roundup, the world’s most popular weed killer. Bayer, the giant German pharmaceutical company, paid $63 billion to acquire Monsanto, the giant American agricultural chemical manufacturer. The three recent verdicts might persuade Bayer that it made a bad deal.

Bayer knew that Monsanto was facing more than 11,000 lawsuits for cancer caused by exposure to glyphosate, the main ingredient in Roundup. After it assumed responsibility for those lawsuits, Bayer’s stock price plunged.

Bayer’s corporate strategy was the immediate announcement that it would drop the Monsanto name. Bayer announced no plan to drop Roundup or to change the way it is formulated.

The World Health Organization (WHO) has determined that glyphosate is a probable carcinogen. Although the Environmental Protection Agency (EPA) in the current administration disagrees, the EPA has been criticized for putting politics ahead of science to advance the interests of business at the expense of individuals who are exposed to toxic substances.

Other organizations have found no convincing link between glyphosate and cancer. Faced with evidence presented by both sides of the dispute, juries have repeatedly agreed with the WHO that glyphosate is a carcinogen.

The most recent verdict against Monsanto, like the two before it, arose in California. A jury awarded a stunning $2 billion in punitive damages, on top of $55 million in compensatory damages, to Alva and Alberta Pilliod. Both of the Pilliods contracted non-Hodgkin's lymphoma after decades of using Roundup on their property.

The jury heard evidence that Monsanto made no serious effort to determine whether Roundup was carcinogenic when it developed and marketed Roundup. The evidence also indicates that when Monsanto learned that Roundup can cause cancer, it chose to protect its profits instead of warning consumers about the risks of using the product.

The punitive damages award will almost certainly be reduced in light of controversial Supreme Court decisions that discern a constitutional limitation on punitive damages in civil cases. As a general rule, the Court has indicated that punitive damages should not be more than ten times greater than compensatory damages.

Bayer announced its intent to appeal the verdict. Since the case remained in the state court system, however, Bayer will not have the protection of federal judges who are often seen as business friendly.

Another jury in California state court awarded a man $289 million after he proved that the Roundup he used as a school groundskeeper caused his cancer. The trial judge reduced that verdict to $78 million.

In March, a federal court jury in California awarded about $80 million to a man who used Roundup on his property for 26 years. The jury agreed that Roundup caused his non-Hodgkin’s lymphoma and that Monsanto was liable for failing to warn of that risk on its product labels.

The cancer victims in those cases produced internal documents showing that Monsanto had warned its own employees to use gloves and goggles when spraying Roundup. The company’s scientists recommended that consumers also wear protective gear, but Monsanto refused to pass that warning on to its customers, presumably because it feared that product sales would be harmed by any admission that spraying Roundup creates a health risk.

Bayer seems to be hoping that the EPA’s announcement that glyphosate is not a carcinogen will become a shield against liability. Plaintiffs’ lawyers argue that the EPA’s determination is based on politics, not science. Whether courts will take note of EPA’s cozy relationship with Monsanto remains to be seen.

Monsanto contends that the WHO based its determination that glyphosate is a carcinogen on “junk science.” The claim is ironic in light of evidence that Monsanto has influenced the studies that it relies upon as proof that glyphosate is safe.

Just as lawsuits against Johnson & Johnson recently exposed its practice of paying scientists to report results that deny the link between talcum powder and ovarian cancer, Monsanto employees co-authored a scientific paper without disclosing their affiliation with Monsanto. A Monsanto employee proposed using the same strategy of “ghost-writing” studies to discredit WHO’s conclusion.

The cooked science was part of a public relations campaign that included “a decades-long pattern of deceptive tactics by Monsanto to persuade regulators, lawmakers and members of the press and public that glyphosate and Roundup are safe.” Lawyers representing cancer victims uncovered evidence that Monsanto used the same public relations strategy to discredit WHO.

Monsanto depended in part on commentary produced by the American Council on Science and Health (ACSH), an industry-friendly group that calls itself “science based.” Emails establish that ACSH solicited funding from Monsanto as it was discussing the company’s need for ACSH commentary to critique WHO’s findings.

Bayer’s next test will probably arise in St. Louis, where a trial is scheduled to begin in August. Monsanto made the St. Louis area its headquarters prior to its acquisition by Bayer. Jurors might be reluctant to return a verdict against a local employer, although they might also feel sympathetic to local farmers who were told that Roundup is safe while Monsanto was telling its own employees to wear protective gear while spraying it.