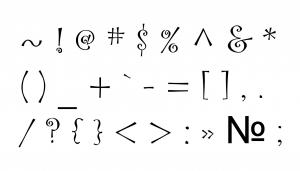 A Maine dairy farm recently settled a dispute with its truck drivers that arose out of the absence of a comma in a state law.

As reported by the New York Times, Oakhurst Dairy of Portland, Maine, agreed to pay its drivers $5 million in overtime.

The case arose in 2014 when three truck drivers for the dairy company sued for more than four years of overtime pay.

The Oxford comma (also known as the Harvard comma or serial comma) is often used to punctuate a series of things in a sentence.

As the Globe and Mail explained,

the Oxford (or serial) comma is the comma that precedes the concluding "and" or "or" in a list of more than two elements: apples, peaches, and pears. Many people use the comma all the time to avoid any chance of ambiguity.

Mother Teresa and the Pope

For example, the Chicago Manual of Style gives an example of when the Oxford comma might aid clarity.

The Maine case arose from a law that states when time-and-a-half pay is required for overtime. The law provides exemptions for:

The issue was the lack of a comma before "or distribution."

The Maine Legislative Drafting Manual told lawmakers to not use the Oxford comma there.

The problem was, without the comma did the law mean that overtime didn't need to be paid for "packing for shipment or distribution" (emphasis on the packing)?

Or did it mean "packing for shipment, or distribution"?  I.e., both "packing" and "distribution" were exempt activities.

The truckers were involved in "distribution," but not in "packing," so the difference meant a great deal to them.

As the Times reported in an earlier story, the United States Court of Appeals for the First Circuit issued a 29-page court decision, ruling  that the absence of the comma created enough uncertainty that the case should be decided in favor of the drivers.

The Maine legislature has since revised the statute, with an excess of caution and semicolons, to read:

Divided by a Comma

Many people have strong feelings about the use (or absence) of the Oxford comma.

The band Vampire Weekend even released a song about the subject, called Oxford Comma, which includes the line "Who gives a [...] about an Oxford comma?"

Americans are divided about the use of the serial comma (as about much else). According to the Times,

A 2014 survey of 1,129 Americans by FiveThirtyEight and SurveyMonkey Audience found 57 percent in favor of the comma and 43 percent opposed.