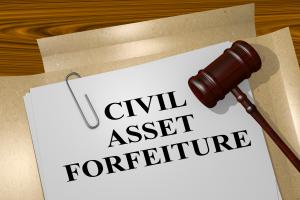 Asset forfeiture is one of the few issues that unites conservatives and liberals. Asset forfeiture occurs when the government seizes property that has allegedly been used to facilitate a crime, that constitutes the fruit of a crime, or that was acquired with the proceeds of criminal activity.

Most people have no objection to using forfeiture laws to seize illegitimate funds, such as money that was swindled from victims. Asset forfeiture laws are more controversial when the government uses the law to justify the seizure of property that was allegedly used to facilitate a crime.

In criminal cases, asset forfeitures follow a conviction. Criminal laws generally include procedural safeguards against seizing the property of innocent defendants. Some civil asset forfeiture laws, on the other hand, allow law enforcement agencies to seize property based on the suspicion that they are connected to an uncharged crime.

The most controversial civil forfeiture laws require the property owner to prove his or her innocence before winning the return of seized property. When the police seize all the cash in a suspected drug dealer’s backpack, for example, the suspect must initiate a proceeding to prove that the cash was legitimately acquired.

Civil forfeitures are often handled in administrative proceedings. The executive branch seizes the property and then decides whether the seizure was lawful. The judicial branch only becomes involved when the person whose assets were seized has sufficient funds to hire a lawyer who can litigate the case until the dispute is finally resolved in court. Unlike a criminal case, there is no right to appointed counsel who will fight against a civil forfeiture.

Conservatives object to civil forfeiture laws because they see the government as overreaching by seizing private property. Liberals object to the government’s violation of civil liberties, including the right to have guilt established beyond a reasonable doubt, when the government takes property to punish unproven criminal allegations.

The incentive to seize property creates the risk of policing for profit. When the police think an expensive vehicle was purchased with drug money, they have an incentive to seize the vehicle so that the police department can use it for transportation or sell it for cash. Instead of pursuing serious crimes, law enforcement agencies may concentrate on relatively minor crimes that trigger the seizure of expensive property.

Police departments in Texas seized property worth $50 million in 2017. Local governments view asset forfeiture laws as a way to fund police agencies without raising taxes. But taxpayers are exactly the people who should be funding government. If communities want more policing, they should be prepared to pay for it. Taking money from presumptively innocent people is not a sound way to finance the government.

The United States Supreme Court recently addressed a disproportionate forfeiture in Timbs v. Indiana.  Timbs was convicted of a minor drug dealing charge. He was placed on probation for five years, including a period of home confinement, and ordered to pay a fine and court costs of about $1,200.

Despite the relatively small nature of the crime, the police seized Timbs’ Land Rover in the belief that Timbs used the vehicle to transport drugs. Timbs had recently purchased the vehicle for $42,000. The maximum fine for a drug crime in Indiana is $10,000. The trial judge sensibly dismissed the forfeiture proceeding, concluding that the seizure amounted to an excessive fine that the Eighth Amendment to the United States Constitution prohibits.

State prosecutors appealed, arguing that the excessive fines clause of the Eighth Amendment applies only to punishments imposed by the federal government, not to state court proceedings. The Indiana Supreme Court agreed with that argument, notwithstanding earlier U.S. Supreme Court cases holding that the Eighth Amendment’s prohibition of cruel and unusual punishments and excessive bail are binding on state courts.

The U.S. Supreme Court unanimously rejected the Indiana Supreme Court’s misunderstanding. The Supreme Court held that individuals are protected from excessive fines imposed by all courts, not just federal courts. Justice Ginsburg’s opinion traces the constitutional principle that monetary sanctions must be proportional to the wrong they punish to the Magna Carta and the English Bill of Rights. A right with such a venerable pedigree is so fundamental that it applies to all American courts, not just to federal courts.

Justice Ginsburg surveyed the evils of excessive fines in American history, including fines assessed against recently freed slaves for vagrancy and other “dubious offenses” as a way of returning former slaves to servitude by forcing them to work to pay their fines. The Fourteenth Amendment was enacted, in part, to protect former slaves from being denied their freedom. That amendment, which applies most protections of the Bill of Rights to the states, was intended to give fundamental constitutional protections to all individuals in the United States, including protection from excessive fines.

Prosecutors characterized the seizure of the Land Rover as a civil forfeiture rather than a criminal forfeiture since it was initiated as a separate proceeding following Timbs’ conviction and was not imposed as part of his criminal sentence. They argued that civil forfeitures — at least when characterized as lawsuits against property rather than property owners — are not fines and that the prohibition against excessive fines therefore does not apply.

Timbs does not correct all the evils of civil forfeiture laws and does not eliminate the need for important reforms. The decision does give individuals facing civil forfeitures a new protection. In addition to arguing that they are innocent and that the property should not have been seized, they can now argue that the value of the seized property is disproportionate to any criminal fine that the state could assess, even if the property was used to commit a crime.