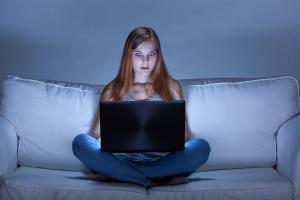 A recent decision by the U.S. Court of Appeals for the Seventh Circuit draws a line between social media hoaxes that are legal and those that can result in criminal punishment. The case involved a young man’s threat on Facebook to kill judges and police officers and to blow up public property. The decision upheld the young man’s conviction despite his insistence that the Facebook post was satirical and not an actual threat.

After shooting two police officers and a civilian in Las Vegas, Jerad and Amanda Miller became involved in a shootout with the police. Jerad was killed and Amanda killed herself.

Several days later, Samuel Bradbury posted a lengthy statement about the incident on his Facebook page. Bradbury claimed to be the leader of a “cop killing group” and accused Jerad and Amanda, allegedly members of the same group, of being informants who were providing information to the police. Bradbury stated that Jerad and Amanda were sent away from Lafayette, Indiana (where Bradbury lived) and, while praising their willingness to “follow orders” by “killing cops,” expressed his satisfaction with their deaths.

Bradbury’s post announced that he and his fellow members of the “765 Anarchists” are part of a “much larger plot … to kill cops in the local area.” The Facebook post asserts that the 765 Anarchists consist of “well over 50 supremely dedicated members who are willing to die.”

Bradbury identified two officers and two judges who were allegedly targets of an assassination plot. Bradbury also claimed that the group had gathered explosives and thermite with the intent to destroy police cars, police buildings, and a courthouse.

Bradbury made the post available only to his Facebook friends. When one of his friends posted a comment asking if he was serious, Bradbury replied that the post was “complete satire” and that he posted it “to get you to think.”

Bradbury deleted the post about a half hour after he made it. One of his friends made a screenshot of the post before it was deleted, and shared it with co-workers who shared it with the police. The police arrested Bradbury and searched his home, where they found a quantity of thermite.

On appeal, Bradbury argued that the judge mistakenly instructed the jury that it could find him guilty if it found that:

Bradbury contended that the court’s instruction allowed him to be convicted merely for the intentional act of posting a false statement on Facebook, even if he didn’t intend to cause harm. A joke is a joke, Bradbury argued, not a malicious act.

The court agreed that there is a difference between acting intentionally (which Bradbury did by deliberately posting his rant on Facebook) and acting maliciously. A malicious act requires an intent to damage or injure or a reckless disregard of the likelihood that the action will cause injury or damage.

The appellate court recognized that the trial court could have explained that distinction to the jury more clearly. However, the trial court told the jury that it needed to find that Bradbury acted maliciously, and even though “malicious” is a word of many potential meanings, the instruction was sufficient given the facts of the case.

If Bradbury intended the threat to cause a disruptive effect, or recklessly disregarded the likelihood that it would, the threat was malicious even if it was satirical. Bradbury may not have intended to carry out the threat, but the jury was entitled to believe that the threat was “calculated to inspire fear and provoke a possibly costly response.” Since a threat to blow up a courthouse is likely to cause harm by diverting law enforcement resources in response to the threat, the evidence supported the jury’s conclusion that Bradbury posted his Facebook rant maliciously. The jury was apparently unpersuaded by evidence that Bradbury only made the post available to his Facebook friends, none of whom were government officials, and that a post visible only to a limited audience was probably not calculated to provoke a costly response.

The Limits of Free Speech

The mere fact that speech is potentially “disruptive” does not permit the speaker to be punished. Disruptive speech is often protected by the First Amendment. The speech that is most in need of protection is disruptive, because the government has no reason to suppress or punish speech that is innocuous and that provokes no reaction.

Hoaxes are often disruptive and posting a Facebook hoax cannot usually be prosecuted as a crime. The avalanche of fake news stories appearing on social media during the last election cycle may have disrupted the election, but making up false news stories is not a crime. A study by a Stanford economist suggests that the fake news stories probably had little or no impact on the election, but others disagree. Even Facebook acknowledges the need to explore the problem.

Whether or not social media hoaxes are generally protected as exercises of free speech, the law is reasonably clear that bomb threats are not protected by the First Amendment, at least if the person making the threat should have realized that it would be taken seriously. As the court noted in Bradbury’s case, “Most hoaxes are harmless, but a hoax based on a threat of harm is criminalized … even if the harm that ensues is fright rather than physical injury.”