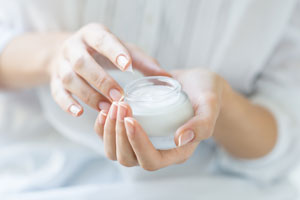 Consumers who are offered a “risk-free trial” of skincare products should be wary, according to the Federal Trade Commission. The FTC has obtained court orders prohibiting 29 California companies from using deceptive marketing and billing tactics to sell products sold under the names Auravie, Dellure, LéOR Skincare, and Miracle Face Kit.

According to the FTC’s complaint, the companies use the internet to market skincare products by offering “risk-free trials” of their products. The marketing appears on the companies’ own websites and on banner ads and popups. The companies have purchased advertising on Amazon and other websites. The supposedly “risk-free” trial comes with hidden costs that violate federal laws, including the Restore Online Shoppers’ Confidence Act and the Electronic Funds Transfer Act.

The FTC alleged that the companies obtained credit or debit card information from consumers who agreed to try the products. Consumers were told that they would only be charged a small amount (usually $4.95) to cover shipping and handling. About 10 days after providing their card information, however, consumers were billed for the full cost of the product. That cost was typically $97.88.

While the phrase “risk-free trial” implied that consumers could return the products if they were not satisfied, the companies refused to provide refunds unless the consumers satisfied “onerous conditions” that were not adequately disclosed. For example, to avoid being charged the full price, consumers who opened the product were required to return it within 10 days. Consumers were not told that the 10-day period began on the day they placed their order. Complying with that requirement was often impossible because the 10 days expired before they received the product.

The companies also enrolled consumers in a “continuity plan” that resulted in more products being shipped and billed every month. Consumers did not realize that they would be enrolled in the plan by accepting the risk-free offer. The companies made it difficult to cancel the plan and, in some cases, simply disregarded cancellation requests and kept billing customers’ credit cards.

The FTC complaint alleges that the “onerous conditions” describe above were not disclosed or that the disclosure was not conspicuous. When disclosures were made, they appeared in small fonts and were overwhelmed by surrounding text and graphics. The undisclosed terms were available only to consumers who clicked a “T&C” hyperlink, but the advertisements did not require consumers to do so and did not advise consumers that they needed to click “T&C” to find all the terms of the sale.

Consumers are protected by federal laws that prohibit false or deceptive advertising. In addition, Congress passed the Restore Online Shoppers’ Confidence Act to assure that consumers would feel safe while shopping online. Among its other provisions, that law prohibits online sales that result in automatic future purchases and billings unless: (1) the terms of the automatic purchases are clearly and conspicuously disclosed, (2) the consumer expressly agrees to incur future charges, and (3) the merchant provides a simple way for the consumer to discontinue the automatic purchases.

The law is intended to assure that a consumer’s silence is not taken as an agreement to incur automatic charges. Consumers must be given the option to enter into a plan that involves recurring charges and must expressly agree to it before the merchant can enroll them.

Another federal law, the Electronic Funds Transfer Act, prohibits preauthorized withdrawals from a consumer’s bank account without the consumer’s written consent. That means that consumers who pay for goods using a debit card cannot be enrolled in a plan that includes a monthly payment unless the consumer has signed a written authorization and has been provided with a copy of that document.

The FTC’s enforcement action targeted 29 related companies that were based in Los Angeles County. Other companies across the country are continuing to offer similar “risk-free” product trials involving skincare and other products. The iceberg of fraudulent sellers is certainly larger than the tip that the FTC sued.

Consumers should be skeptical of phrases like “risk-free” and “satisfaction guaranteed.” While honest companies do allow consumers to try a product and to return it for a full refund if they are not satisfied, less scrupulous companies have historically claimed to make “risk-free” offers that expose consumers to the risk of being scammed.

The federal laws described above provide important consumer protections, but skepticism about offers that seem too good to be true is usually a consumer’s best safeguard against being cheated. Consumers who feel their rights were violated can make a complaint to the FTC, but that agency does not help consumers recover their money.

State consumer protection agencies might be able to help defrauded consumers, but they usually focus on sellers that are located within their state. In many cases, a private lawyer will agree to help consumers sue to obtain a refund, particularly if a state or federal law forces a deceptive advertiser to pay the consumer’s attorney’s fee if the consumer prevails. Joining (or starting) a class action lawsuit against an unscrupulous seller is another possibility if a class action lawyer is willing to take the case.