"Patent Trolls" Take Their Case to the Supreme Court 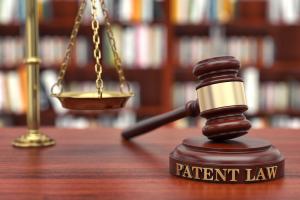 A "troll" is a loathsome creature that lurks under a bridge, exacting a toll from those who want to cross over.

The meaning of the term "patent troll" is less clear.

To some people, it refers to any patent owner who sues to enforce patent rights.

The term is more widely used to refer to people and entities who abuse the patent system or assert patent claims in a fraudulent manner.

Patent abuses have been on the decline over the past few years, thanks to the America Invents Act of 2011 (AIA).

The AIA was the biggest overhaul of the US patent system in decades. Among other things, it changed the system for determining patent priority from "first to invent' to "first to file."

Large companies tended to support this change, while small companies and individual inventors tended to oppose it.

Another major AIA change was the introduction of the Inter Partes Review, or IPR.

According to the US Patent and Trademark Office, an IPR is a trial proceeding that reviews the patentability of one or more claims in a patent.

An IPR challenge can be brought by anyone within a limited time after a patent is granted, to assert that the patent should never have been granted in the first place.

The process is easier, faster, and cheaper than a full-blown federal patent lawsuit.

The IPR process has allegedly saved companies more than $2 billion in legal fees they would otherwise have spent defending meritless patent suits.

However, as the New York Times notes, some patent owners are arguing that the AIA is unconstitutional, and they're taking their case to the US Supreme Court.

The plaintiffs in the case,  Oil States Energy Services v. Greene’s Energy Group, note that patent rights are property rights, and assert that they can't be deprived of those rights by a government agency like the Patent Office.

If the Supreme Court decides the review system is unconstitutional, many companies fear they’ll be inundated with a wave of ruinous lawsuits that will damage the economy. Some patent owners, however, believe the new system has made it too hard for inventors to assert their rights and is undermining U.S. innovation.

A major issue is whether patent owners enjoy the same sort of property rights as land owners, or whether patents are instead a form of “public rights” that an administrative agency can take away.

The importance of the case is shown by the fact that over 60 "friend of the court" briefs have been submitted to support one side or the other.

Friends of the Court

The Internet Association (which represents companies like Facebook and Google) has filed a brief supporting the IPR system.

Among those opposing the IPR system are patent owners and venture capitalists like Gary Lauder, who told theCourt:

An IPR procedure ostensibly designed to target “patent trolls” has instead introduced layers of expense and uncertainty into all patent rights, which makes it harder for startups to attract investors, employees, and many other critical resources.