Oracle Sued for Hiring "Too Many" Asians, Paying Men "Too Much" 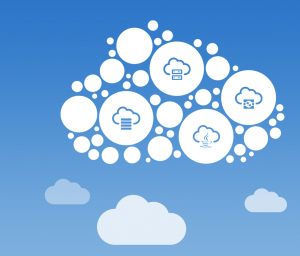 Most employment discrimination lawsuits are based on claims that a company fired, or failed to hire or promote, someone based on race, sex, religion or similar personal attributes. The focus is on an economic injury to the employee at issue.

However, in a recent case brought by the US Labor Department against Oracle, the claim is that the company hired too many Asian employees, and paid white employees too much.

As Above the Law comments,

At some level, we all already know exactly what kind of bias and discrimination tech companies engage in. They hire Asians, particularly Indians, to do all the work, then pay white male executives more than anybody else. That’s the game, it’s just rare for anybody to call them on it.

But the Labor Department has done just that.

As Fortune reports, the complaint says that

Oracle paid white male employees at its Redwood Shores, Calif. headquarters more than female and non-white workers with the same job titles, even when taking into account for experience and seniority.

Also, the complaint charges that Oracle was far more likely to hire Asian applicants (in particular, people from India) for product development and technical jobs, rather than similarly qualified white, black, or Hispanic job applicants.

The  complaint charges that 82% Asians were hired for one job group, which was disproportional as only 75% of the job applicants were Asian. Oracle's recruiting practices also allegedly inflated the number of Asians in the applicant pool. For example, Asian employees were allegedly encouraged to refer other Asian applicants.

Oracle makes hardware and software used by many companies as well as by the federal government. The lawsuit resulted from an investigation of Oracle's equal employment opportunity practices.

Under federal law, it is illegal to discriminate against an employee or job applicant based on

Oracle refused to cooperate with the investigation, which started in 2014. For example, the company refused to provide salary data for its employees.

The lawsuit comes as Silicon Valley faces growing pressure to increase diversity across the tech industry, which is dominated by white and Asian men. In recent years, major technology companies have begun to make public commitments to hire more women and minorities but progress has been slow.

The Labor Department is seeking an order cancelling Oracle's government contracts. The Department also wants Oracle to compensate employees and job applicants who were harmed by the company's alleged discrimination.

According to USA Today, "the lawsuit could cost Oracle hundreds of millions in federal contracts." This is because federal contractors are required to comply with anti-discrimination laws and allow the government to review relevant records.

Oracle has denied the allegations, calling the complaint "politically motivated, based on false allegations, and wholly without merit," according to Ars Technica.