Newspaper Decides Not to Sue over "Fake News" Accusation 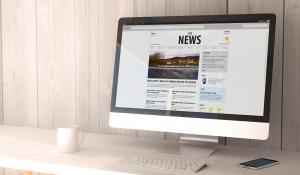 I previously wrote about how the victims of fake news can sue publishers if they're damaged by the falsehoods.

As I noted before, to be liable for defamation under tort law, a defendant must:

The Grand Junction Daily Sentinel in Colorado is accusing state Sen. Ray Scott of defamation and threatening to sue. If filed, legal experts said it would be the first suit of its kind, potentially setting a legal definition for what is considered fake news and what is not.

The paper published an op-ed column supporting a bill that would give journalists and others greater access to public records.

State Senator Scott had postponed a hearing and vote on the bill, and the column urged him to move the bill forward.

Scott tweeted in response that "We have our own fake news in Grand Junction."

The very liberal GJ Sentinel is attempting to apply pressure for me to move a bill. They have no facts, as usual, and tried to call me out on SB 40 know as the CORA bill. They haven't contacted me to get any information on why the bill has been delayed but choose to run a fake news story demanding I run the bill.

The publisher of the Sentinel said at the time he was considering filing a defamation lawsuit against Scott. He wrote:

When a state senator accused The Sentinel of being fake news, he was deliberately attempting to delegitimize a credible news source in order to avoid being held accountable by it. I have consulted outside counsel about the claim, and the merits remain sound.

He later decided not to sue, stating the following reasons:

First — and this came as a surprise to me — a member of the state Senate can have the taxpayers of Colorado fund his or her legal defense.

Second, the potential defense of legislative immunity, though without merit, is immediately appealable. That is, after losing on a motion to dismiss on the basis of legislative immunity, one can immediately appeal the denial to the court of appeals, and after losing there, to the Colorado Supreme Court. For most defenses, the loser has to wait for a final order from the trial court before appealing. This means the case would be hung up for two years (on the taxpayers’ dime) before any court hears the merits.

Finally, there is the defense that words no longer mean what they have always meant.

This is the defense that the definition of the term “fake news” has lost its objective meaning and now represents some kind of general pejorative for things we don’t like. It’s a good defense because it would mean that a label of “fake news” applied to a legitimate news organization is actually protected opinion, not defamation.

In other "fake news" news, the New York Times reports that the head of President Trump's re-election campaign accused CNN of "censorship" after the network declined to run a campaign ad that showed the words “fake news” superimposed over pictures of several TV journalists, including Wolf Blitzer of CNN.

The mainstream media is not fake news, and therefore the ad is false. Per our policy, it will be accepted only if that graphic is deleted.

Whether calling a publisher a purveyor of "fake news" is defamatory or a matter of opinion remains to be resolved by the courts.