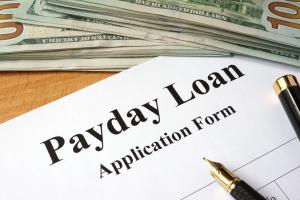 Moneytree, a payday lender and check cashing service that operates in several states, has agreed to pay a penalty, to make restitution to its customers, and to stop engaging in practices that federal regulators described as unlawful. The Consumer Financial Protection Bureau (CFPB) complained that Moneytree’s online ads were misleading and that it sent borrowers collection letters containing deceptive threats.

Describing its conduct as a series of “inadvertent mistakes,” Moneytree entered into a consent decree with the CFPB. Federal agencies commonly use consent decrees to resolve alleged regulatory violations. The accused party does not admit wrongdoing, but typically agrees to stop engaging in the practices that were alleged to be unlawful. The payment of restitution and civil penalties is another common feature of consent decrees.

The CFPB alleged that one of Moneytree’s competitors offered check cashing services for a flat fee of $3.00, making it reasonable for consumers to believe that Moneytree was charging a competitive flat fee, not a percentage of the check. Consumers who were misled only learned of the actual terms after visiting the Moneytree office.

Moneytree makes unsecured loans. In collection letters sent to several hundred delinquent customers, Moneytree threatened to review the file for repossession of their vehicles if they did not make their loan payments current.

Since the loans were not secured by the customers’ vehicles, the threat to repossess those vehicles could not have been carried out. Repossession of a vehicle is possible only when the vehicle secures the loan. Consumers who did not know that, however, may have been misled by Moneytree’s statements.

The letters misleadingly referred to the loans as “title loans” even though they were not secured by a title. Moneytree later wrote to customers who received the letters and advised them to disregard the reference to title loans.

Moneytree makes payday loans by advancing sums of money that the consumer agrees to repay on his or her payday. In the State of Washington, Moneytree has a practice of entering into installment loan agreements with customers who cannot make the full payment.

Washington customers were given two installment payment options. They could make their loan payments in person with cash or they could pay with an electronic funds transfer (EFT). Customers who elected to make an EFT signed a repayment agreement that did not contain required language authorizing future electronic transfers from the customer’s account to Moneytree’s.

Federal law prohibits EFT loan repayments unless they have been pre-authorized in writing by the customer. The CFPB contended that Moneytree violated that law by failing to include pre-authorization language in its repayment agreements. Moneytree reimbursed all its customers who made EFT payments without pre-authorizing those payments in writing.

Moneytree described its failure to include pre-authorization language for EFT payments as a “paperwork error.” Moneytree’s CEO told the press that Moneytree “has a 33-year history of good corporate citizenship and cooperation with state and federal regulators.” The company said it self-reported two of the violations and that it entered into the settlement agreement in the absence of proof that customers suffered “actual harm.”

The CFPB was not satisfied with Moneytree’s claim that the violations were inadvertent or “paperwork errors.” The CFPB noted that it has audited offices of Moneytree on multiple occasions and found, on each occasion, “significant compliance-management-system weaknesses” that heightened the likelihood of violations. Although Moneytree cured specific problems that came to its attention, the CFPB said it took action because the company had not adequately addressed those weaknesses.

Moneytree agreed that it would no longer commit any of the regulatory violations described above. It also agreed to pay a civil penalty of $250,000 and to:

Moneytree was required to deposit $255,000 in a separate account for the purpose of reimbursing customers. If the reimbursement total turns out to be less than $255,000, the balance will be paid as an additional penalty to CFPB.

Given the anti-regulatory stance that the recent election cemented in Congress and the presidency, regulation of payday lenders in the near future will probably come from state governments. The State of Washington, where Moneytree is headquartered, has already enacted one of the nation’s toughest laws to restrict the activities of payday lenders. As a result, payday loans in Washington declined from more than $1.3 billion in 2009 to $300 million in 2015, while the number of payday-lending stores decreased from 494 to 139.