Is It Time to Toughen Laws Prohibiting Sexual Harassment in the Workplace? 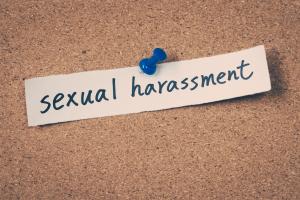 Politicians, news anchors and commentators, Hollywood producers, and principals in tech and venture capital firms have made headlines, but many other employers are also guilty of sexual harassment. Unfortunately, even some judges contribute to an environment of sexual harassment.

On the whole, federal judges who are charged with giving a fair trial to sexual harassment victims have gone out of their way to favor businesses at the expense of harassed employees. If victims can’t count on the judiciary to enforce sexual harassment laws that are admittedly oblique, it may be time to demand that politicians enact laws that provide more protection against sexual harassment in the workplace.

What Is Sexual Harassment?

Title VII makes “unlawful to discriminate against any individual with respect to his compensation, terms, conditions, or privileges of employment, because of such individual's race, color, religion, sex or national origin.” That language was enacted in 1964, but it wasn’t until 1976 that a federal judge recognized sexual harassment as a form of sex discrimination. Not all judges agreed. The conflict was not resolved until 1986, when the Supreme Court decided that sexual harassment is prohibited by Title VII.

Over the years, judges have reached a rough consensus about the definition of sexual harassment. Courts recognize two kinds of sexual harassment. Quid pro quo harassment occurs when a business owner, manager, or (sometimes) a supervisor asks for sexual favors in exchange for hiring, continued employment, a raise or promotion, or some other term of employment. “Sleep with me if you want to keep your job” is the most obvious example of quid pro quo harassment.

Courts have tried to protect both employers (who cannot easily control everything that happens in a workplace) and employees (whose ability to work should not be compromised by harassment because of their gender). To balance those competing interests, courts require employees to tolerate harassment unless it is either severe (such as a sexual assault) or pervasive. Harassment is generally pervasive if it occurs so often that the work environment is abusive, oppressive, or intimidating, making it intolerable for a reasonable employee to continue working.

Unfortunately, different federal judges have very different ideas about the amount of harassment an employee should be required to tolerate. Business-friendly judges rarely find that work environments have become hostile, and they are quick to “protect” businesses by granting summary judgment against employees rather than allowing a jury to decide whether an employee was subjected to unlawful harassment. Other judges are more inclined to leave those decisions to juries, which is, after all, why we have a jury system.

One sensible way to strengthen sexual harassment laws would be a better definition of sexual harassment. Why should employees be required to endure an atmosphere of sexually degrading comments simply because they occur weekly rather than daily? The best way to end sexual harassment is to forbid it, not to define it as something workers are expected to tolerate.

Employers are held accountable for quid pro quo harassment because the conduct is taken by an employee who acts on the employer’s behalf. In essence, owners, managers, and supervisors who have authority to affect an employee’s job status or pay are treated as surrogates of the employer.

Employers are only held accountable for hostile work environments, however, if owners, managers, and supervisors participate in creating the environment, or if they knew (or should have known) about the hostile environment but failed to make a reasonable effort to protect employees from it.

Courts have created a “safe harbor” for employers that create a policy prohibiting sexual harassment and establishing a procedure for reporting it. Reports are typically made to an HR department that is charged with investigating harassment complaints and fashioning an effective response to them.

Too often, however, employers ignore or belittle sexual harassment complaints, particularly when the complaints are made against employees who generate income for the business. Susan Fowler’s experience at Uber sheds light on a corporate culture that placed a higher value on employees who made money for the business than on creating a work environment that was not abusive to women.

Employers often avoid accountability now by creating and paying lip service to sexual harassment policies that they fail to enforce in meaningful ways. Imposing liability for hostile working environments, whether or not the employer knows about the problem, would create an incentive for employers to police the misconduct of their employees — an incentive that is minimal under current law.

Sexual Harassment Outside the Workplace

Sexual harassment is prohibited in the workplace, but unless an act of harassment also violates a sexual assault law, no legislation prohibits sexual harassment outside of the employment context. The stereotype of construction workers making catcalls at women who walk past a construction site illustrates the “street harassment” for which individuals generally have no remedy.

France is considering a law that would fine harassers for making unwanted comments of a sexual nature to women. The idea that public spaces should be safer and less threatening for women is laudable, but the use of criminal laws to change cultural attitudes has never been particularly successful in the United States.

The difficulty of defining harassment and then proving it beyond a reasonable doubt would raise serious barriers to the effectiveness of such laws if they were enacted by American states or cities. A general prohibition against catcalls and lewd comments might run into constitutional problems, since such a law might interfere with the exercise of free speech. No similar barrier inhibits enforcement of sexual harassment laws in the workplace, where enforcement depends on private action (such as firing or disciplining a harasser) rather than government action (such as an arrest or fine).

There’s also reason to question whether busy police officers in municipalities would enforce a harassment ordinance, any more than they enforce ordinances against public drunkenness or other offenses that pose a lesser threat to public safety than robberies or assaults.

Harassment restraining orders are available in most jurisdictions to force individuals to stop stalking or engaging in other acts of harassment, but those orders are usually issued to people who have a relationship to the victim (such as a former boyfriend). Obtaining an injunction against someone who makes catcalls isn’t a realistic answer to the problem.

The advocacy group Stop Street Harassment offers tips to individuals who want to confront harassers when the legal system is unavailable. In the end, public education is usually the most effective way to address social problems. The movement to make the public aware that sexual harassment is socially unacceptable (as exemplified by Time’s Up and #MeToo) is gaining currency, and may offer the best long-term solution to sexual harassment outside the workplace.