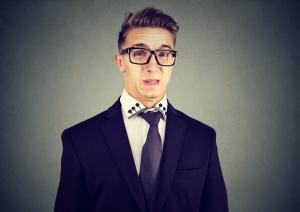 Damore, 28, and David Gudeman, another software engineer, claim that the company discriminates against conservatives, white people, and men.

The 161-page complaint seeks class action status on behalf of others similarly situated.

Damore, Gudeman, and other class members were ostracized, belittled, and punished for their heterodox political views, and for the added sin of their birth circumstances of being Caucasian and/or males. Google's open hostility for conservative thought is paired with invidious discrimination on the basis of race and gender.

As CNN reported, Damore worked for Google for three years and was fired in August shortly after a memo he wrote about Google's diversity policies went viral.

Damore had emailed the memo to the organizers of Google's diversity meetings, and later posted it to Google's internal mailing lists and forums.

He had previously raised similar concerns at company diversity events.

According to the New York Times, is his memo Demore argued that

“personality differences” between men and women — like a woman having a lower tolerance for stress — help explain why there were fewer women in engineering and leadership roles at the company. He said efforts by the company to reach equal representation of women in technology and leadership were “unfair, divisive, and bad for business.”

Gudeman was fired after several complaints about him to the company's human resources department after statements he made about social justice issues and a Muslim employee's concerns.

Of course, the US population is about 50/50 male and female.

20% of Google employees in technical positions are female.

Affirmative action programs. as discussed in this blog, are sometimes attacked as a form of reverse discrimination. However, the legality of these programs has generally been upheld.

For example, Title VII of the Civil Rights Act of 1964 makes it illegal for employers to “discriminate against any individual with respect to his compensation, terms, conditions, or privileges of employment, because of such individual’s race, color, religion, sex, or national origin.”

However, these laws cover discrimination against a member of majority groups as well, as the US Supreme Court held in the 1976 McDonald vs. Santa Fe Trail Transport Co. decision.