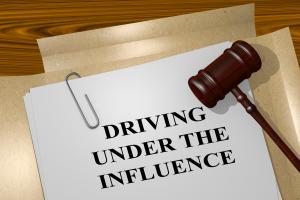 Thousands of convictions for driving while intoxicated (DWI) in New Jersey may need to be reopened because a police sergeant responsible for certifying the accuracy of breath test machines failed to complete the procedure mandated by New Jersey courts. The sergeant’s history of falsifying certifications may have resulted in innocent drivers being convicted of DWI.

Prosecutions for DWI are almost always supported by chemical test evidence. When it is available, prosecutors might present additional evidence of a driver’s impairment, such as video from a police officer’s dashcam showing the driver’s inability to walk without stumbling. Since DWI no longer requires proof of intoxication, however, prosecutors routinely obtain convictions of drivers who seem to be sober by presenting evidence that their blood alcohol concentration (BAC) exceeded 0.08% at the time they were tested.

Blood test evidence is the most reliable way to prove a driver’s BAC, but the police are typically required to obtain a search warrant before seizing a driver’s blood. In most cases, police instead rely upon breath test results.

In most states, the desire to assure that DWI convictions are based on accurate breath test results has given way to the desire for convenience. While breath test results are subject to error, courts typically regard them as presumptively reliable and thus admissible without the support of expert evidence. Test results are admitted even when the officer who administers the test has no clue about the scientific principles underlying the testing device.

Breath testing devices base calculations on average blood-to-breath ratios that do not necessarily reflect the actual blood-to-breath ratio of the tested driver. New Jersey courts, like the courts in other states, have nevertheless concluded that breath test evidence should be presumptively admissible because it is a “practical and reasonably accurate” way to identify drunk drivers so that they can be punished. In other words, “reasonably accurate” evidence is good enough to prove guilt beyond a reasonable doubt because “practicality” outweighs sound science when it comes to prosecuting DWI cases.

While breath test results are generally admissible, defendant drivers nevertheless have the right to present evidence challenging the reliability of the test result in their particular case. Those challenges usually focus on whether the device was properly maintained and whether the device operator followed procedures designed to minimize erroneous results.

A recent case from New Jersey illustrates the perils of relying on breath test evidence to prove the guilt of drivers who are not obviously impaired. Like any mechanical device, breath test machines need to be kept in proper adjustment to assure that they are functioning as intended. New Jersey uses Alcotest devices manufactured by Dräger. To assure that the Alcotest device is functioning properly, the device must be calibrated periodically.

The calibration process requires the coordinator to measure the temperature of a solution that simulates a specified breath alcohol content. The temperature must be measured using a thermometer that meets specified standards.

The state determined that State Police Sergeant Marc Dennis failed to conduct the required temperature measurement when he calibrated three devices over a period of years. He then falsified certifications to make it appear that he had conducted all steps of the required calibration. Dennis was charged with the crime of falsifying public records as a result of his misconduct.

Dennis falsified certifications for many years before the State Police noticed that he wasn’t doing his job. This is only the latest example of the danger of allowing scientific analysis to be conducted by the police for the benefit of prosecutors. Police officers too often have a pro-prosecution bias that may allow evidence to be tailored in a way that will support convictions. In this case, Dennis apparently didn’t care about doing his job properly because he did not consider procedures that protect innocent defendants to be important.

The state obtained about 20,000 DWI convictions using the falsified test certifications. Many defendants entered guilty pleas on the assumption that the test results would prove their guilt in a trial. One convicted defendant, after learning that her conviction was supported by falsified evidence, moved to withdraw her guilty plea. The state responded by arguing that following the calibration procedure isn’t really necessary and asked the court to uphold her conviction.

The defendant died before her case could be decided, but the New Jersey Supreme Court decided that the case raised substantial issues that needed to be addressed. It appointed a judge to conduct an evidentiary hearing. At the hearing, the expert witness who devised the calibration procedure for the state testified that following the entire process is necessary to assure the reliability of test results.

The state nevertheless argued that not every step in the calibration process is necessary to produce reliable results. It conveniently identified the step that Dennis omitted as an unnecessary step.

The state based that contention on the testimony of a Dräger employee who developed the software for the Alcotest device before becoming a Dräger salesperson. The special master determined that the witness had limited expertise and that he was obviously biased in favor of “defending and promoting these devices as highly desirable for use by governmental employees.” In other words, his job is to sell Alcotest devices and his testimony was designed to promote sales.

The state also relied on testimony from the director of the State Police Office of Forensic Sciences. The director’s expertise was in DNA analysis, not breath testing. The special master was unimpressed with the director’s contradictory, argumentative, evasive, and uninformed testimony that was plainly slanted to favor the state.

The judge who presided at the hearing prepared a Special Master’s Report. The remarkably detailed report demonstrates an astute understanding of the scientific principles at issue. The report faults the state for mischaracterizing testimony and precedent, for creating false dichotomies, for making false comparisons, and for conflating distinct concepts.

The report concludes that failing to follow a calibration process required by state law undermines the reliability of test results and should render those results inadmissible. The judge accepted New Jersey precedent holding that the machine will generally produce a reliable result when it is operating properly but concluded that the complete calibration process mandated by New Jersey courts is an essential safeguard to assure that the device is, in fact, operating as it should.

The New Jersey Supreme Court adopted the Special Master’s report and held that Alcotest results not supported by the required calibration procedure are inadmissible in New Jersey DWI prosecutions. The court noted that scientific test results are admissible in a criminal trial only if the test is based on techniques that are generally accepted as reliable by the scientific community.

The court concluded that the calibration procedure adopted in New Jersey was based on techniques that scientists generally accept as reliable. The court rejected the prosecution’s request to abandon those techniques.

Since the state allowed a year to pass before it disclosed Dennis’ wrongdoing, the court extended the time limit for defendants who seek to reopen convictions that were based on falsified evidence.

How many convictions will actually be challenged, and what the result of those challenges will be, is unclear. Defendants who proceeded to trial should be entitled to have their convictions vacated because the state relied on false evidence in procuring their convictions. A due process violation of that nature can only be remedied by giving the defendant a fair trial. Since prosecutors rely so heavily on test results rather than evidence of actual impairment, it is fair to assume that prosecutors will dismiss many of the cases that depended on falsified certifications because, without admissible test results, they will be unable to prove that a DWI occurred.

Defendants who entered a guilty plea will also have the opportunity to withdraw their pleas if they can establish that their pleas were influenced by the test result. Most convictions are based on guilty pleas and most DWI defendants who plead guilty do so because they expect to be convicted on the basis of a breath test result.

How many defendants will actually want to reopen their case is unclear. It is clear, however, that Dennis’ misconduct has opened the door to thousands of defendants to seek justice after being prosecuted on the basis of falsified evidence.