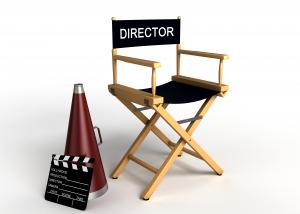 A California appeals court has thrown out lawsuit brought by 101-year-old actress Olivia de Havilland against the creators of the Feud television series.

De Havilland had a long career in Hollywood, starting in 1935. She's best known for her role as Melanie Hamilton in 1939's Gone with the Wind. She twice was awarded a "Best Actress" Oscar and was nominated five times.

De Havilland objected to the portrayal of a character based on her in the FX series Feud: Bette and Joan, which chronicled the relationship between actresses Bette Davis and Joan Crawford.

The series focuses on the filming of the 1962 horror movie Whatever Happened to Baby Jane?. in which Davis and Crawford co-starred.

De Havilland, who was played by Catherine Zeta-Jones in the series, said that the show put her in a "false light" by making her character a "vulgar gossipmonger," as The Guardian reported.

The de Havilland character is portrayed calling her sister, actress Joan Fontaine, a "bitch" and making a joke about Frank Sinatra’s drinking.

The de Havilland character only appears in the eight-episode, six-and-a-half-hour series for about 17 minutes. According to the judge, the overall portrayal was positive:

As played by Zeta-Jones, the De Havilland character is portrayed as beautiful, glamorous, self-assured, and considerably ahead of her time in her views on the importance of equality and respect for women in Hollywood.

Additionally, even if the portrayal of de Havilland had been highly offensive to a reasonable person, de Havilland could not prevail unless she could prove that FX acted with "actual malice."

Also, the court found that the First Amendment protected the creative liberties taken with the portrayal of de Havilland’s character. saying

Books, films, plays, and television shows often portray real people. Some are famous and some are just ordinary folks. Whether a person portrayed in one of these expressive works is a world-renowned film star — ‘a living legend’ — or a person no one knows, she or he does not own history. Nor does she or he have the legal right to control, dictate, approve, disapprove, or veto the creator’s portrayal of actual people.

Also, the court found that any reasonable viewer would understand that Feud, as a docudrama, wasn't 100% accurate, saying:

Viewers are generally familiar with dramatized, fact-based movies and miniseries in which scenes, conversations, and even characters are fictionalized and imagined

Charles Rivkin, the CEO of the Motion Picture Association of America (MPAA), said that the opinion reaffirms Hollywood's “right to tell stories about and inspired by real people and events,” including Citizen Kane and The Social Network.

The MPAA (among other organizations) filed an amicus brief in support of FX.

gives all creators the breathing room necessary to continue to tell important historical stories inspired by true events. Most of all, it’s a great day for artistic expression and a reminder of how precious our freedom remains.