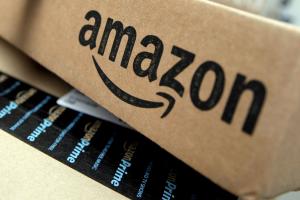 If you stroll down Fifth Avenue in New York City on a warm summer day, street vendors will almost certainly try to sell you a Rolex watch or a Gucci bag for a fraction of the retail cost. Most consumers know that the products are counterfeit and that they will get what they pay for: a watch that won’t keep time or a bag that falls apart.

Consumers suffer greater harm, however, when they pay for a counterfeit product that they assume to be real. Online companies that serve as a marketplace for sellers, including Etsy and eBay, often enable sellers of knock-off products to deceive consumers who assume they are buying a genuine article. A recent survey found that 40% of products purchased online from third-party sellers are fake.

Remedies for being deceived can be difficult to find. Trademark-owning businesses have had more success than consumers in bringing lawsuits against online sellers of counterfeit goods.

Amazon is the nation’s largest online retailer. Delivery of products to the doorstep is convenient for customers, but are the products what they claim to be? News reports suggest that the sale of counterfeit products on Amazon, from baby supplies to electronic gadgets, is widespread.

Amazon sells some products directly, but it also hosts “third-party sellers” who market their products to consumers on Amazon’s website. In the physical world, Amazon would be akin to a mall owner that leases space to various retail stores. Amazon contends that it has no liability for counterfeit products when it acts as a middleman rather than a direct seller.

Amazon collects about 20% of the revenue earned by third-party sellers who use its “fulfilled by Amazon” service. Yet the Digital Millennium Copyright Act (DMCA) largely protects Amazon when its third-party sellers advertise the sale of counterfeit goods.

The DMCA requires Amazon and other companies to remove products from its website after receiving notice that the product sale violates trademark or copyright protections. Until that happens, however, Amazon is able to collect its 20% while claiming blissful ignorance that it is facilitating the sale of counterfeit goods.

Purchasers who are tricked into buying a fake item can return the goods, but Amazon’s return policy depends on third-party sellers to behave honorably. Returning an inexpensive (and useless) set of headphones to a seller in China, even if the seller provides a return shipping label, might strike consumers as being more bother than it’s worth, particularly when the seller tells them not to expect a refund until six weeks after the seller receives the returned product.

Amazon began as an online bookstore. While it has expanded its product range — there is now very little that consumers cannot purchase on Amazon — Amazon dominates the book sales business, particularly with regard to digital (e-book) sales.

It isn’t unusual to find poorly formatted copies of classic books on Amazon. Books that are in the public domain can be sold by anyone. Buying a copy of a classic Dickens novel for 99 cents, only to find that it consists of an illegible scan, is a frustrating example of “You get what you pay for.” Yet consumer reviews, posted by customers who want to help others avoid being scammed, are a modest safeguard against caveat emptor.

Counterfeit books that are poorly formatted hurt consumers, but they also hurt publishers and authors by depriving them of revenue. Maintaining control of sales is what copyright law is all about. According to the Times, counterfeit book sales on Amazon have surged, but “Amazon takes a hands-off approach to what goes on in its bookstore, never checking the authenticity, much less the quality, of what it sells.”

Amazon, of course, disagrees. The company responded that it “strictly prohibits the sale of counterfeit products” and takes “proactive steps to drive counterfeits in our stores to zero.” Amazon has, in fact, sued sellers for violating its policy against selling counterfeit goods on Amazon.

Policies are easy to write. Amazon’s ability to enforce those policies is a different story, as the authors and publishers quoted in the Times story suggest. According to the Times, Amazon “has been reactive rather than proactive in dealing with the issue.” Fortunately, consumers can get a refund if they follow Amazon’s procedure in a timely manner. Authors and publishers have less obvious remedies if they want to recover lost revenues.

Williams-Sonoma wants Amazon to pay $2 million for each counterfeit item (the maximum available under a federal counterfeiting statute), in addition to damages for trademark infringement and disgorgement of its profits. Williams-Sonoma is worried that its reputation will be harmed if consumers are allowed to purchase shoddy goods that they assume were manufactured by Williams-Sonoma.

The court noted that Amazon markets itself as an “Official Site” for the sale of Williams-Sonoma products without disclosing that there is no business relationship between the two companies. The court concluded that “Amazon’s various alleged uses of the Williams-Sonoma Mark in combination plausibly suggest an affiliation with Williams-Sonoma that does not actually exist.”

Whether Williams-Sonoma will prevail remains to be seen. In the meantime, the lawsuit sends a message that online stores are not necessarily the lawless “Wild West” of unregulated commerce that they are reputed to be.