California Agency Says Coffee Shouldn't Have to Have Cancer Warnings 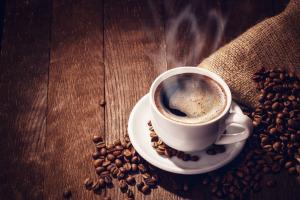 In March, a California Superior Court judge ruled that coffee sold in the state must be labeled with a warning that it can cause cancer.

The ruling stems from a lawsuit filed in 2010 by the Council for Education and Research on Toxics, a nonprofit group based in Long Beach. The group charged that Starbucks and other companies — a group that eventually included 91 defendants — did not warn consumers that ingesting coffee would expose them to acrylamide, a chemical formed when coffee beans are roasted.

The plaintiffs in the case, a small nonprofit group from Long Beach, noted that acrylamide "has been linked to increased cancer risk when given to rodents in high concentrations."

The judge also found that no health benefits for coffee had been established.

The National Coffee Association (with members that include Dunkin' Donuts and Starbucks) objected to the judge's ruling, saying that the amount of acrylamide in coffee was "miniscule."

Coffee also contains hundreds of other substances, including (of course) caffeine.

Acrylamide is also in bread, breakfast cereal, potato chips, and canned black olives, among other foods, and in tobacco smoke.

Under California's Safe Drinking Water and Toxic Enforcement Act, known as Proposition 65 (passed in 1986), the state maintains a list of chemicals that are thought to cause cancer or reproductive harm. The presence of the chemicals on the list must be disclosed to consumers in warning labels.

More than 900 chemicals are now on the list. As the Times notes, the "hazardous" chemicals include "mercury in the tooth fillings at the dentist’s office and phthalates in vinyl couch cushions."

"Toilet paper, flip-flops, dumbbells and frozen oysters have been cited for noncompliance" with the labeling law — as have "bedsheets, kombucha and headphones."

Businesses that violate Proposition 65 may be fined up to $2500 per day per violation. However, most cases settle rather than go to trial.

Some say that the law encourages "bounty hunter lawyers" to recruit plaintiffs.

The Chief Executive for the Coffee Association pointed out that the World Health Organization panel had concluded that coffee doesn't cause cancer and can actually protect against at least two types of cancer.

However, drinking very hot beverages (including coffee) has been linked to esophageal cancer in some studies.

In August, in response to the court's ruling, the State of California intervened.

As the Times reported, the California Office of Environmental Health Hazard Assessment has proposed a rule declaring that coffee isn't hazardous and may have health benefits. A public hearing was held on August 16.

As NPR reported, the federal Food and Drug Administration came out against labeling coffee as dangerous.

According to FDA Commissioner Scott Gottlieb,  "if a state law purports to require food labeling to include a false or misleading statement, the FDA may decide to step in."