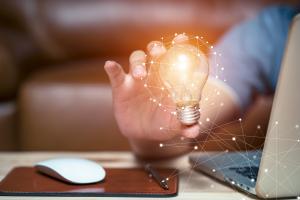 The Ninth Circuit Court of Appeals has affirmed a lower court decision that kept alive a case by a screenwriter who alleges that his idea was "stolen" and used to create the hit movie The Purge and its sequels.

As the Hollywood Reporter reports, Douglas Jordan-Benel claims that The Purge was derived from his screenplay called Settler's Day.

According to the court's opinion, Jordan-Benel wrote his screenplay around January of 2011 and registered it with the Writer's Guild of America (WGA).

The WGA is the union representing professional screenwriters in the US.  It also provides a service, for both members and non-members, whereby they can register their works in order to provide a record of when they were created, in case of a later dispute.

Around June of 2011, Jordan-Benel's manager, Adam Peck, emailed David Kramer, the Managing Director of Feature Productions at United Talent Agency (“UTA”), about Settler’s Day.  Kramer suggested that the manager contact another UTA manager, and on July 8, 2011, Peck emailed the screenplay to both managers at UTA.

Based on custom and practice in the industry and prior dealings between UTA and Peck, UTA understood that the submission was not gratuitous and was made for the purpose of selling the screenplay to a UTA client.

Around July 13, UTA told Peck that the firm was going to "pass" — i.e., that they weren't interested in the script.

Nonetheless, someone at UTA allegedly sent the script to James DeMonaco, a client of UTA.

DeMonaco and his partner, also a UTA client, wrote a script called The Purge. Jordan-Benel alleged that The Purge script copied "ideas" in Settler's Day.

The Purge movie was produced by Universal Studios and released in June of 2013.  A sequel was released in 2014 and a third film is reportedly in the works.

Jordan-Benel sued UTA, Universal, and associated production entities for copyright infringement. He also asserted that UTA and DeMonaco and others had breached an implied-in-fact contract with him.

The defendants tried to get the case dismissed under California's anti-SLAPP statute, which allows motions to strike in cases  “brought primarily to chill the valid exercise of the constitutional rights of freedom of speech.”

Responding to what some lawmakers characterize as “strategic lawsuits against public participation” (SLAPP)—suits aimed at suppressing legitimate speech or public debate through imposing the financial burdens of litigation—many states have enacted so-called anti-SLAPP statutes. One characteristic feature of all anti-SLAPP statutes is that they provide an expedited mechanism whereby a defendant can have a qualifying SLAPP suit dismissed quickly.

Defendants contend that Jordan-Benel’s claims arise from the creation, production, distribution, and content of expressive works (The Purge films) and that such conduct falls squarely within the ambit of anti-SLAPP.

The district court ruled, and the Ninth Circuit agreed, that the case wasn't about free speech:

...although The Purge films relate to Jordan-Benel’s breach of implied-in-fact contract claim, it is Defendants’ failure to pay that gives rise to the claim, and the failure to pay is not an act in furtherance of free speech, so anti-SLAPP does not apply.

As the court notes,

California law therefore recognizes an “idea theft” cause of action based on the “implied promise to pay the reasonable value of the material disclosed.”

A number of such "idea theft" cases are brought every year — especially in the wake of hit movies.  However, very few plaintiffs prevail.