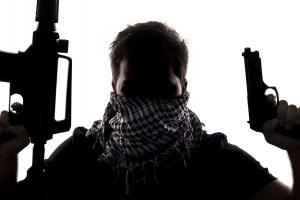 A San Francisco federal judge has dismissed a lawsuit against Facebook, Google, and Twitter filed by victims and family members of victims of the 2015 mass shooting in San Bernardino, California.

As NPR reported, fourteen people were killed and 22 were injured when Syed Rizwan Farook and his wife Tashfeen Malik shot up a holiday office party for Farook’s colleagues who worked for San Bernardino County.

According to the LA Times, the couple became "self-radicalized" by reading radical Islamic literature online.

On the day of the shooting, Malik went on Facebook and pledged allegiance to ISIS leader Abu Bakr al-Baghdadi.

ISIS later claimed responsibility for the massacre, even though it apparently had no actual contact with the killers.

A week after the attack, James Comey (then the director of the FBI) testified to the US Congress that social media had helped to radicalize the shooters, and that they were at least partly inspired by ISIS.

have knowingly and recklessly provided the terrorist group ISIS with accounts to use its social networks as a tool for spreading extremist propaganda, raising funds and attracting new recruits.

The suit also claimed that

Without defendants Twitter, Facebook and Google (YouTube), the explosive growth of ISIS over the last few years into the most feared terrorist group in the world would not have been possible.

In dismissing the lawsuit, U.S. Magistrate Judge Laurel Beeler ruled that although the social media companies were "generally aware that ISIS used their services," there was no evidence that the companies "intended to further" terrorist actions.

Previous cases against social networking companies and other internet services providers (ISPs) have been dismissed because of laws which make ISPs immune for actions by their users in most cases.

Section 230 of the Communications Decency Act of 1996 provides immunity from liability for providers of an "interactive computer service" who publish information provided by third-party users:

A defendant must satisfy each of the three prongs of the following test to gain the benefit of the immunity:

Under the Digital Millennium Copyright Act (DMCA), ISPs are also usually not liable for intellectual property infringement by their users.

The lawyer for the plaintiffs in the San Bernardino case has stated that he plans to file an appeal.