What Will Criminal Justice Reform Accomplish? 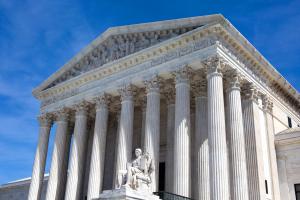 Congress passed and the president signed the First Step Act at the end of 2018. The new law makes modest but important changes in the federal criminal justice system by giving judges greater discretion to impose fair sentences. The new law will eventually ease the burden on taxpayers (or on the national debt) by recognizing that long sentences do little to make the public safe.

The bill affects defendants who are convicted of federal crimes. Most crimes, however, are prosecuted by states. The United States has the highest incarceration rate of any country in the world, with the possible exception of China, where reliable data is hidden. Of America’s 2.1 million inmates, only 181,000 are federal prisoners. Although reforms at the federal level can only make a dent in the nation’s massive incarceration rate, it is possible that federal reforms will encourage states to adopt rational sentencing policies.

During the 1980s, politicians in both parties ran on “tough on crime” platforms. They proposed and enacted draconian sentencing policies by convincing Americans that rising crime could be attributed to judges and politicians who were “soft on crime.”

In fact, crime patterns are largely a function of the population’s age. Violent crime is typically committed by young people. On the whole, older individuals just don’t have the energy to commit violent crimes.

The Baby Boomers came of age in the 1970s and 1980s, causing a predictable increase in crime rates. As they’ve gotten older, crime rates have fallen. Crime was never a function of judges or politicians being soft.

Yet the fear of being labeled “soft on crime” compelled politicians to enact mandatory minimum sentences, three-strikes laws, and longer maximum sentences while doing away with parole. The result of the 1980s drive to be “tough” was a loss of discretion for judges, who could no longer tailor sentences to an offender’s individual circumstances, but were forced to follow a cookie cutter approach to sentencing.

Politicians also fueled hysteria about drug crimes. Illicit drug use is a public health problem that the criminal justice system is ill-suited to address. Anxious to earn reputations for being “tough on crime,” however, politicians equated drug crimes with violent crimes, giving birth to ever growing police budgets dedicated to locking up drug dealers (because they encourage drug users to become addicted) and drug users (because they provide a market for drug dealers). The circular logic that drove the war on drugs defined everyone as a villain without identifying clear victims of drug crimes.

All of those “tough on crime” policies caused the nation’s prison population to swell, placing an enormous strain on state budgets. Incarceration rates do little to deter crime, because criminals rarely expect to be caught. The difference between a five-year sentence and a forty-year sentence means nothing to someone who doesn’t expect to serve a sentence.

The nastiness underlying the war on crime was exemplified by the philosophical shift toward vengeful punishment and away from rehabilitation as the goal of criminal correctional systems. At the same time, eliminating parole eliminated the incentive for prisoners to demonstrate good behavior. Prisoners served more time with less opportunity to change their lives for the better. Releasing prisoners who have been trained by their prison experience to be antisocial did nothing to improve public safety.

In a rare display of bipartisanship, Republicans and Democrats joined to pass the First Step Act. The law was spearheaded by Jared Kushner and has the support of organizations on the left (including the American Civil Liberties Union) and the right (including the Koch brothers–backed Right on Crime).

The First Step Act changes federal law in several important ways. It reduces the mandatory sentence for a “three strikes” offense from life to 25 years, potentially reducing the cost of caring for incarcerated senior citizens. It gives judges the option to make sentences for gun charges concurrent with sentences for drug charges, rather than forcing the defendant to finish one sentence before beginning the next one. It also allows more offenders who have limited criminal histories to avoid mandatory minimum sentences.

The federal system tried to balance the abandonment of parole with “good time credit” that prisoners can lose if they misbehave. Good time credit can reduce a sentence by more than a month for each year that a prisoner serves without violating prison rules. The First Step Act adds about a week per year to good time credit.

Crucially, some inmates will be allowed to earn additional good time by attending vocational and rehabilitative programs. The shift from a model of incarceration that focuses strictly on punishment to one that makes room for rehabilitation is the key to serious reform. Studies confirm that education and rehabilitative efforts reduce recidivism. That makes society safer.

Some states have enacted bail reform legislation that presumes most nonviolent offenders should be released pending trial without being required to post cash bail. Making defendants post bail allows wealthier defendants to remain in the community until their cases resolve, while impoverished defendants languish in jail for the same crimes.

Most federal judges place little reliance on cash bail. They tend to detain defendants without bail or release them with a set of conditions (such as electronic monitoring and drug testing) to assure that they will not flee. Unfortunately, detention is presumed for many nonviolent federal crimes, including many drug crimes, which Congress misguidedly equates with violent crimes and gun crimes.

Meaningful reform of the federal pretrial detention system should start with the recognition that since the 1980s, the approach taken by drug warriors has only made the nation’s drug problem worse. Treating drug use as a public health problem, rather than continuing to pursue the failed drug war, is the nation’s best hope for reducing drug use and prison populations.

In 2014, California amended its laws to reduce penalties for drug offenses and property crimes while providing more treatment opportunities for drug offenders. The result has been a reduction in recidivism and a saving in the cost of incarceration with no obvious increase in violent crime rates. The California experiment should be a model for other states, as well as the federal government, in moving away from “lock ‘em up” as the default approach to nonviolent crime.