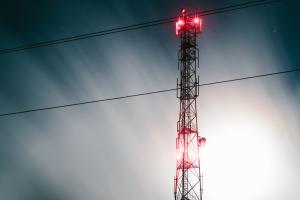 The Supreme Court is set to weigh on in the critical question of whether or not police and law enforcement investigators need to obtain a warrant before collecting cellphone location data.

The case has widespread implications for not only criminal investigations, but government surveillance which uses data obtained from cellphone providers without a warrant to locate and track device users.

The Supreme Court’s decision could impact Fourth Amendment Jurisprudence for years to come, and shape the future of privacy rights and government surveillance in an increasingly digital age.

The central issue in Carpenter v U.S. arises from a challenge to police investigation tactics filed by Timothy Carpenter, who earlier this year was convicted for participating in nine armed robberies in Michigan and Ohio.

Carpenter, who is serving a 116-year prison sentence, challenged his conviction because it was influenced by the use of cellphone records from MetroPCS and Sprint which the FBI obtained from the providers without a warrant.  The cellular records presented during his criminal trial showed that Carpenter used his phone within half a mile to two miles of the robberies, which bolstered testimony from the defendant’s co-conspirators who told the court that he was present at each store and coordinated the crimes.

Carpenter filed a motion to overturn his conviction arguing the use of the cell-site data violated his Fourth Amendment protection against “unreasonable searches and seizures” because the FBI did not obtain a warrant to search the records.

When Carpenter used his cellular phone, the device sent a signal to nearby cell-towers during the call, which in turn translated to data that the cellular provider companies used to record for billing and other purposes.  The FBI, acting under the Stored Communications Act, obtained a court order from a magistrate judge which allowed investigators to receive location records from MetroPCS and Sprint.

Although FBI investigators went through a court, Carpenter argues that the procedure is insufficient by Fourth Amendment standards because the threshold evidentiary burden required for a court order is lower than is required for a warrant.

In order to obtain a court order authorizing access to cell-site records under the Stored Communications Act, which allows the government to compel companies to turn over information provided by customers, investigators need only to show “reasonable grounds” for believing the information is pertinent to their investigation.

A warrant, on the other hand, requires investigators to show that there is “probably cause” to collect the data, an ostensibly more difficult threshold to meet.  Historically, phone and internet meta-data collected by companies has not been protected by the Fourth Amendment because Courts have determined that device users don’t have a reasonable expectation of privacy for the type of information providers collect, however, as technology advances the information available by collection of meta-data expands, which compels SCOTUS to re-evaluate the existing judicial approach.

Modern jurisprudence on the collection and use of communications meta-data has its origins in the 1979 Supreme Court ruling Smith v Maryland in which the Justices determined that telephone users did not have a reasonable expectation that data regarding landline records would be private.

The Smith decision has since been used by the Courts and the government to support mass surveillance efforts by the NSA and other federal agencies which easily obtain internet and cell-phone meta-data to locate and monitor device users across the country.

Although Courts have revisited the issue in a handful of cases with mixed results, modern jurisprudence is largely consistent with the rulings of the past: device users don’t have a right to privacy of information which can be used to track their device usage.

In accepting the Carpenter case, SCOTUS will reconsider the issue from two fronts: first, is the use of cell-site data a search as defined by the Fourth Amendment, and second, if it is a search, is a warrant required for the government to collect meta-data from providers.

Cellular and other portable internet devices have become ubiquitous in American culture, with a significant majority of citizens owning and frequently using a mobile product to communicate, access internet, or otherwise enter the digital world.

Each time a device is triggered, data regarding its use is sent to the mobile or internet provider, and, although this meta-data is similar in its structure to the landline and even snail-mail records of old, the use of cell-site information can provide the government with a great deal more information than in years past due to the ability to track users in real-time or reconstruct past activity with startling accuracy.

Fourth Amendment jurisprudence has become increasingly muddled with the challenge of applying decades-old legal theory to technology which has reframed the central question of privacy expectations, and the Carpenter case gives the Supreme Court an opportunity to revisit how the Constitution addresses citizen rights in an increasingly digital world.

Depending on how aggressive SCOTUS is in its approach, the ruling could potentially impact not only cell-site location information, but also government access to email transactions, credit card usage, and various other applications across social media platforms which are frequently used on mobile devices.

The Court has recently expanded privacy protection to limit warrantless vehicle tracking and access to cell-phone content, but the question about use of digital meta-data is a very different animal, making an outcome difficult to predict.  The Court will hear the case during its next term.