Seattle Ends Its War on Drugs 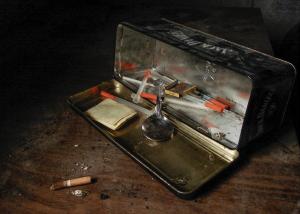 For decades, criminal defense lawyers have called attention to the devastating results of the war on drugs. Harsh sentences, including mandatory minimums, caused prison populations to swell. The consequences of a felony conviction on employability placed a strain on social services programs, while depriving the economy of productive labor. Incarceration was a greater threat to intact families than drug addiction.

The drug war began in earnest during the 1980s. It assured full employment for federal and state drug enforcement agencies. Local police were granted drug enforcement funding whether they needed it or not. Private lawyers who practiced criminal defense were kept busy, but public defender agencies were overwhelmed by the influx of impoverished clients charged with drug offenses.

Studies have established that police departments waged the drug war relentlessly against communities of color while giving less attention to white offenders, even though the rates of drug use and sales are roughly the same among both black and white populations. The drug war has devastated communities of color.

Twenty years later, it was clear the costs of the drug war exceeded the benefits. Soaring incarceration rates had no significant impact on the rate of drug use. Violent crime rates have declined largely because the population is aging, not because drug offenders were sentenced to long prison terms. Drug addiction and the drug war both tear families apart, but the drug war has done nothing to change rates of illicit drug use.

Still, another decade passed before lawmakers — many of whom based election campaigns on misguided “Tough on Crime” policies — bowed to public will and began to rethink the war on drugs. Some observers have suggested that politicians have abandoned the war mentality because the opioid epidemic in today’s headlines primarily affects white drug users.

On the federal level, the Fair Sentencing Act in 2010 reduced (but failed to eliminate) the senseless disparity between sentences imposed for crack cocaine and powder cocaine crimes, while the First Step Act in 2018 reduced the impact of mandatory sentencing on certain drug offenders.

Most people who are incarcerated for drug crimes, however, have been prosecuted under state laws. The trend toward marijuana legalization, often initiated by voters rather than legislators, will ease the burden of unjust drug prosecutions, but states are beginning to expand drug law reform to other drug offenses.

In 2014, California voters passed Proposition 47. The law reduced penalties for crimes involving drug possession for personal use. In most cases, those crimes must now be charged as misdemeanors, not as felonies. In California and most other states, defendants charged with misdemeanors can be sentenced to jail but cannot usually be sentenced to prison.

The law was designed to reduce prison overcrowding, which had become a crisis in California. The law channeled some of the savings associated with reduced imprisonment rates to treatment programs.

Research indicates that California’s new emphasis on treatment rather than incarceration has reduced recidivism without raising the rate of violent crime. Racial disparities in drug arrests also declined following Proposition 47. Even with resources redirected to treatment, the reduction of California’s prison population is expected to save taxpayers tens of millions of dollars.

Following California’s lead, the New York Times reports that “Seattle is pioneering a bold approach to narcotics that should be a model for America.” A city cannot change state law, but it can decide how its police should prioritize arrests.

Rather than arresting individuals for possessing a small quantity of drugs, Seattle officials have instructed the police to divert drug users to “social service programs and intensive case management.” The Seattle program, known as Law Enforcement Assisted Diversion (LEAD), began in 2011 and was later expanded to encompass the entire county.

The diversion program has produced impressive results. “A 2017 peer-reviewed study found that drug users assigned to LEAD were 58 percent less likely to be rearrested, compared with a control group.” A substantial percentage of participants were able to obtain housing and employment after entering LEAD.

No treatment plan can guarantee a cure to addiction, and participants may need ongoing help for years to overcome drug cravings and the underlying issues that caused them to turn to drugs. But helping people is both more humane and less costly than caging them. Studies cited in the Times article “find that drug treatment pays for itself by saving huge amounts of taxpayer money, not to mention lives.”

Police agencies in most other cities continue to make arrests for drug possession offenses. Fortunately, many jurisdictions offer drug court and other options that divert drug users from criminal punishments. In other jurisdictions, a drug user who takes proactive action to obtain treatment can avoid a sentence of incarceration. A criminal defense lawyer who is familiar with local resources and judges can help individuals with drug problems avoid becoming another prison statistic.