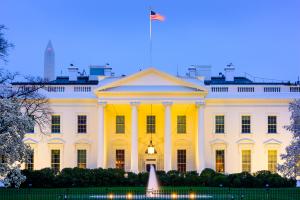 A lawsuit filed by three people who allege they were assaulted while they protested a campaign rally by supporters of then candidate — now President — Donald Trump accuses the President of inciting violence which ultimately caused injury.

President Trump has responded that his words did not encourage supporters to use violence on protestors, but maintains that the substantive issue does not matter because as president he is immune from the suit.

Kashiya Nwanguma, Molly Shah, and Henry Brousseau allege that while they peacefully protested a campaign rally for Donald Trump in Kentucky they were assaulted by Alvin Bamberger and Matthew Heimbach. The incident, which occurred last March, made national headlines because the violent actions were punctuated by Trump telling his enthusiastic crowd to “Get them out of here” with reference to the protesters.

The incident was captured on film, and it is clear that several white men surrounded and shoved the plaintiffs — particularly Nwanguma — who is a young black woman. According to the lawsuit the men, notably Bamberger and Heimbach, responded directly to Trump’s encouragement with violence against the three plaintiffs, causing them physical injury.

Shortly after the incident, the injured protestors filed a lawsuit naming Bamberger and Heimbach for their assault, and President Trump for using inflammatory language to incite his supporters to violent action. According to the plaintiffs, Trump incited a riot which directly led to violent action against protestors who the crowd turned against as evidenced by the melee captured on video.

The lawsuit against Trump has been bolstered by an apologetic letter written by Bamberger — a 75-year-old veteran and grandfather — expressing his remorse for the incident and regret for his actions. According to Bamberger, he was caught up in the moment and the crowd became frenzied with violent pushing and shoving as Trump continued to tell his supporters to “get them out, get them out” in reference to those protesting the event.

Although Bamberger attributed some of the blame to the protestors themselves — who engaged in pushing and shoving that initially knocked him down — his written apology has been used to confront claims from President Trump that his words did not incite acts of violence against protestors.

Earlier this month, Judge David Hale, a federal judge in Kentucky, denied President Trump’s motion to dismiss all charges against him. Although Trump maintains that he has immunity to suit, his defense team also offered up a substantive rebuttal of the complaint which argued that he did not incite violence or encourage his supporters to injure the plaintiffs. Hale largely rejected this defense, writing that it was plausible that Trump’s speech not only incited his rapid supporters during a tense and emotional conflict, but also that the plaintiff’s injuries were the “direct and proximate result.”

Further, Hale found that the plaintiffs’ complaint sufficiently alleged that Trump should have known that his words would incite supporters to violence against the protestors, and, in fact, the candidate had a duty to prevent such escalation.

Throughout his opinion, found here, Hale referenced Bamberger’s letter, the widely-spread video footage of the event, and media coverage of the rally to conclude that the plaintiffs had a reasonable cause of action against the President for encouraging violent action. Hale noted that Trump could have asked security to calmly remove the protestors, but instead directed his words towards the crowd, which justifies the plaintiffs’ claims against him. Although Hale’s ruling is not the final say in the case, should it be accepted the lawsuit against the President will proceed.

In addition to the substantive defenses which Judge Hale found insufficient to dismiss the lawsuit against Trump filed by protestors injured during a Kentucky campaign rally last March, the President’s attorneys have also maintained that he is immune from suit because he is in office. This claim seems destined to fail because presidential immunity typically only covers events which occur during the term of office. This has been affirmed by the Supreme Court on two occasions — once in favor of President Andrew Johnson and the second for Richard Nixon, who was not liable for any alleged wiretapping which he authorized during his term.

Courts have not, however, extended this protection to immunity from suit for events which occurred before the defendant became president. Famously, the Supreme Court in Clinton v Jones determined that then-President Bill Clinton was not immune from a lawsuit arising from sexual harassment claims made by Paula Jones for actions which allegedly occurred while Clinton was governor of Arkansas.

Although Trump’s attorneys seem to believe there is some language in the Clinton v Jones opinion which allow legal maneuverability, they face an uphill battle. Barring a successful appeal of Hale’s ruling, the case against Trump and the other defendants will proceed in the coming weeks.