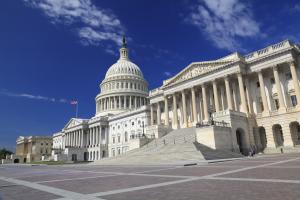 A bill before the US Congress could put an end to federal class action lawsuits.

To amend the procedures used in Federal court class actions and multidistrict litigation proceedings to assure fairer, more efficient outcomes for claimants and defendants, and for other purposes.
The stated purposes of the bill are to:

Specifically, the bill provides that:

A Federal court shall not issue an order granting certification of a class action seeking monetary relief for personal injury or economic loss unless the party seeking to maintain such a class action affirmatively demonstrates that each proposed class member suffered the same type and scope of injury as the named class representative or representatives.

That may not sound like such a bad thing, but analysts say the bill could actually kill federal class actions because it may be hard for every consumer to show the "same type and scope of injury" because of a wrongful act.

An op-ed in the New York Times calls the bill "chilling," saying

If it becomes law, it will be one more perverse disservice to the working class who are said to have driven the 2016 election, because the main losers will be ordinary Americans.

Class action lawsuits have dealt with things like employment discrimination, environmental damage, and businesses that have harmed consumers.

I wrote about a lawyer who specializes in using class-action lawsuits for violating the privacy rights of consumers.

I also wrote about how a consumer advocacy group filed a class action lawsuit against a dentist who made her patients sign a contract that made her the copyright owner of any bad Yelp reviews they posted about her.

The bill was introduced by  the chairman of the House Judiciary Committee, Representative Bob Goodlatte, a Republican from Virginia.

The bill is such a mess that some experts say its main effect will be protracted litigation over its meaning.

The bill has been opposed by civil rights and labor groups, plus the American Bar Association and legal scholars.

People who oppose or support the bill can contact their members of Congress.