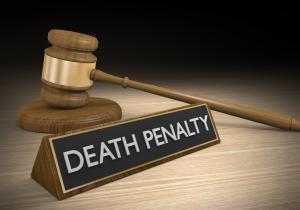 The death penalty is one of many policy issues that divide the country. Some state legislators believe that executions protect the public, both by ending the possibility that a murderer will commit new crimes and by deterring others from committing murder.

A growing number of state legislators have examined the evidence and concluded that the death penalty does not deter violent crime. They have concluded that life sentences provide the same protection to society at less cost. More importantly, they have accepted the strong evidence that a flawed criminal justice system regularly condemns innocent people to death and is influenced by race when death sentences are imposed.

The trend in states where lawmakers base policy decisions on evidence is to abolish the death penalty. New Hampshire recently became the latest state to join that trend.

The New Hampshire legislature voted to abolish a death penalty that it has not used since 1939. Only one New Hampshire inmate — a man convicted of killing a police officer — is on the state’s short “death row.”

Since death penalty supporters cannot cite convincing evidence that capital punishment deters crime, they have turned to the alternative argument that killing a murder makes the victim’s family feel that justice has been done. Governor Sununu contended that executing the inmate who murdered the police officer would bring closure to the officer’s family.

Others view those arguments as attributing a desire for vengeance to family members that they may not hold. A 2011 study, aptly titled “Not In My Name,” found that the family members of victims often resent “the onus of capital punishment” being placed on their backs. Politicians who exploit personal tragedies inspire resentment in family members who do not want to be held responsible for state-sanctioned killing and who disagree that executions will give them closure after a loved one’s murder.

While 29 states still have laws authorizing a death penalty, only a few states regularly execute prisoners. Texas leads that pack by a wide margin, followed by Florida, Georgia, and Alabama.

Virginia, Oklahoma, and Missouri have historically high numbers of executions, but the rate at which they carry out death sentences has been declining. While California has the largest number of death row inmates, Gov. Gavin Newsom recently imposed a moratorium on executions.

Governors in other states have also made a blanket policy of refusing to sign death warrants. The highest courts in a few states have ruled that the death penalty violates the state’s constitution. A change in circumstances (such as electing a different governor or changing state law to provide more protection against race discrimination) might allow executions to resume in those states.

As a practical matter, however, once a state’s population realizes that ceasing executions does not cause the murder rate to rise, the death penalty does not tend to be a strong political issue. Voters who learn the facts often worry that innocent inmates will be executed if the death penalty is reinstated.

Voters disagree about the morality of the death penalty. As a policy matter, however, conservatives and liberals tend to agree that government is a flawed institution. Regardless of their political persuasion, many people are skeptical of the government’s ability to impose death sentences fairly and accurately in every case.

Accuracy is essential because errors made by the criminal justice system cannot be corrected after an innocent inmate is executed. Yet wrongful convictions are common. They are caused by mistaken identifications, by false confessions, by unreliable informants, by the use of junk science to establish guilt, and by prosecutors who conceal evidence of innocence in their zeal to obtain convictions.

Death penalty advocates argue that the long list of death row inmates who were exonerated before they could be executed proves that the system works. Yet innocent inmates are only likely to exonerated when lawyers find DNA and other srong evidence of innocence.

Even when compelling evidence of innocence is discovered, courts might not prevent an execution. Missouri courts rejected innocence claims made by Marcellus Williams, despite new evidence that the DNA of an unidentified person was found on the murder weapon. No trace of Williams’ DNA was found on the knife that was used to stab a victim 43 times. The governor wisely decided to postpone Williams’ execution so that his innocence claim could be investigated more thoroughly.

The risk of executing an innocent person has convinced legislators of both political parties to end capital punishment. While the death penalty remains politically popular in some states, the trend to abolish executions is likely to continue as evidence of its flawed administration continues to gain attention.