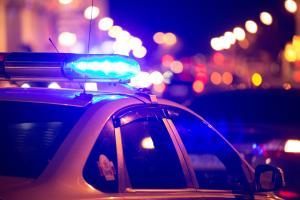 During the Obama administration, the Department of Justice (DOJ) made a priority of changing the culture of urban police departments when their officers systematically engaged in abusive conduct, particularly when police violence seemed to target minority populations. In many cases, city governments and the heads of the police departments, recognizing that they had a serious problem, welcomed federal intervention.

The new Attorney General, Jeff Sessions, has reversed that policy. Sessions recently announced that DOJ would review, and possibly undo, consent decrees that the Justice Department has entered into with dozens of local law enforcement agencies.

A consent decree is a settlement agreement that a court adopts as a court order. Consent decrees usually require a defendant to refrain from or change a particular course of conduct. The federal government often uses consent decrees to resolve federal lawsuits alleging unlawful employment practices (such as discrimination or a failure to pay overtime) and regulatory violations (such as deceptive advertising or marketing unsafe products).

The Justice Department is charged with enforcing civil rights laws, including a provision of the 1994 Violent Crime Control and Law Enforcement Act (VCCLEA) that prohibits “any person acting on behalf of a governmental authority, to engage in a pattern or practice ... that deprives persons of rights, privileges, or immunities secured or protected by the Constitution or laws of the United States.”

Most of the VCCLEA was geared toward fighting crime, but the “pattern or practice” language, adopted in the wake of the Rodney King beating, was meant to curb the use of excessive force by police officers when cities permitted or failed to control a culture of violence within their law enforcement agencies.

The VCCLEA provision was not aggressively enforced until the Obama administration’s DOJ made responding to police violence a priority. Enforcement was driven, in part, by the publicity given to several incidents of police violence that were captured on cellphones, dashboard cameras, and other digital recording devices.

The Justice Department has entered into consent decrees and settlement agreements with more than two dozen cities that have promised to reform their law enforcement agencies, including Detroit, Baltimore, Cleveland, New Orleans, Newark, and Albuquerque. Many of the civil rights violations that led to lawsuits made headlines, none more so than in Ferguson, Missouri.

The change in administrations brought about a change of policy. Sessions “ordered a sweeping review” of consent decrees that the government entered into with cities concerning their law enforcement agencies. The new policy declares that “the individual misdeeds of bad actors should not impugn” the work police officers perform “in keeping American communities safe.”

Since the consent decrees address criminal violence committed by police officers, reducing police lawlessness would seem consistent with President Trump’s desire to promote law and order. Sessions’ call for a review of consent decrees is therefore difficult for civil rights leaders to understand.

Moreover, the VCCLEA does not focus on “the individual misdeeds of bad actors,” but on a “pattern or practice” of civil rights violations within a police department. Since enforcing the VCCLEA would not be inconsistent with the goals of DOJ’s new policy, it is unclear what the “sweeping review” hopes to achieve.

To carry out the new policy, DOJ asked a federal court to delay a hearing concerning a consent decree that it had negotiated with the City of Baltimore. The Justice Department’s motion asked for additional time to review the consent decree to determine whether it met Sessions’ goal of assuring that consent decrees “advance the safety and protection of the public, promote officer safety and morale, protect and respect the civil rights of all members of the public, respect local control of law enforcement, are rooted in timely and reliable statistics on crime and criminals, and do not impede recruitment and training of officers.”

Although Sessions told the press that he had “grave concerns that some provisions of this decree will reduce the lawful powers of the police department and result in a less safe city,” Baltimore’s police commissioner has expressed strong support for the plan. Baltimore’s mayor, having negotiated the consent decree in good faith, opposed the delay.

The district court denied DOJ’s request, concluding that the time for negotiating the terms of the consent decree was over. In short, the court held that DOJ made a deal and was now bound to stick to it, even if the new Attorney General opposed it. The judge entered an order approving the consent decree.

It seems clear that DOJ will play a more limited role, if any at all, in policing the police under Attorney General Sessions. Sessions has a history of criticizing the Obama administration’s “war on the police,” a view he repeated during his confirmation hearing.

To achieve justice, victims of police shootings and other misconduct will likely turn to civil rights lawsuits against police officers who abuse them. Lawsuits provide remedies for individuals, but they only change the culture in a law enforcement agency if local governments decide that it less expensive to reform the agency than to pay judgments. With the future of consent decrees looking bleak, however, civil rights and personal injury lawyers offer the best hope of policing the police.