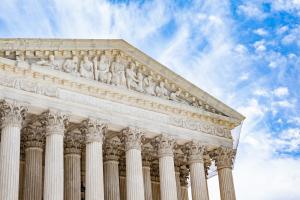 I've written about arbitration clauses in several previous blogs, including one about Uber and one about sexual harassment.