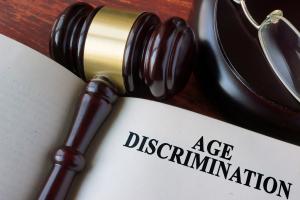 Two women, now age 62 and 67, sued Ohio State University, claiming that they were the victims of age discrimination.

As the New York Times reported, the  two  women had worked in the university’s  English as a Second Language (ESL) program since  1983.

In 2009, they said, a new director of the ESL program disparaged them and other experienced ELS staff  members  while promoting others who were younger and less experienced.

In 2010, the new director wrote an email to an acquaintance at another university that said he was dealing with

an extraordinarily change-averse population of people, almost all of whom are over 50, contemplating retirement (or not) and it’s like herding hippos.

The director accidentally cc'd  a member of his own staff on the email.

After that incident, experienced  ESL teachers said they were passed over for promotions and choice assignments, lost their offices, and  even lacked adequate access to computers.

The successor to the director who  wrote the email referred to senior ESL teachers as "millstones" and "dead  wood."

The  plaintiffs in the case say this was  part of a strategy to make the  senior teachers feel uncomfortable and to force them to retire.

More than  20 senior ESL staff members were eventually forced out, under threat of having their positions  eliminated or being forced to take lower salaries.

One of the women filed a formal complaint, and the university investigated but  took no action.

In 2014, both women retired early from the university and were unable to find comparable positions elsewhere.

In November of 2017, the Equal Employment Opportunity Commission (EEOC) found "reasonable cause  to believe" that the women and other senior  ESL  teachers had  been the victims of  age discrimination.

The federal Age Discrimination in Employment Act of 1967 protects workers 40 and older.

Congress found at the time the Act was passed that:

In May, Ohio State settled the ESL teachers' case. Both women have been rehired and agreed to accept back pay of  several hundred thousand dollars each.

Also, Ohio State has agreed  to train its human resources staff to "recognize, investigate and prevent age discrimination," according to the Times.