How No-Hire Clauses May Keep Paychecks from Growing 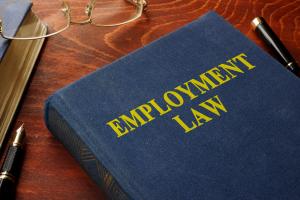 Traditionally, low unemployment has meant higher wages — employers have to offer more money to get workers to switch jobs... or to stay on the job when better-paying options beckon.

However, wages in the US have been relatively stagnant for years.

There are various theories as to why wages aren't rising in response to the low unemployment rate:

Another possible reason is buried in the fine print of many fast-food franchise agreements.

Some of fast-food’s biggest names, including Burger King, Carl’s Jr., Pizza Hut and, until recently, McDonald’s, prohibited franchisees from hiring workers away from one another, preventing, for example, one Pizza Hut from hiring employees from another.

Thirty-one of the major US quick-service restaurant chains use such clauses in their franchise agreements, whereas eight do not. McDonald's used the clause for 30 years but no longer does.

More than 4.3 million people work in the fast-food industry, and it's grown by 28% since 2010 — almost double the rate of growth for the overall labor market.

The average fast-food worker earns only $300 per week before taxes.

Of course, fast-food jobs are often the first jobs for young  people and the last jobs for people who have retired from other jobs.

The clauses also appear, but are less common in, franchise agreements for other types of businesses.

Workers may not even realize that their lives are affected by these clauses that they never see. But these clauses can prevent them from finding new jobs in the same industry.

Those who defend these clauses say that they're needed  to protect the restaurants' investment in training workers. But two lawsuits filed against McDonald's and the parent company of Carl's Jr.'s claim that the clauses violate US labor and antitrust laws.

The no-hire clauses are related to, but distinct from, the non-compete clauses that appear in many employment agreement and prevent employees from going to work for an employer’s competitors.

As Fortune reported, a few years ago Apple, Adobe, Google, and Intel agreed to pay $415 million for their role in an agreement between high-tech executives not to "poach" each other’s employees.

An estimated 64,466 employees were affected by the scheme to suppress wages in Silicon Valley.

The fact that the companies resorted to such conspiracies reflects the high-stakes war for talent in Silicon Valley, where companies struggle to retain top engineers. Unlike other states, California does not allow “non-compete” clauses, which means it’s easier for tech talent to move from firm to firm. As a result, tech companies often resort to other tactics like non-disclosure agreements and patent lawsuits in an effort to ward off talent raids.