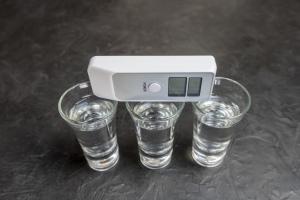 As of December 30, 2018, Utah became the state with the lowest legal limit in the nation. The term “legal limit” is a shorthand expression that refers to the maximum blood alcohol concentration (BAC) allowed in a driver’s blood.

The new legal limit in Utah is 0.05. In every other state, the legal limit applicable to most drivers is 0.08. A lower limit (such as 0.04) usually applies to commercial drivers and operators of heavy equipment. Many states have also established a limit of zero or 0.2 for minors or for adults who have not reached the legal drinking age.

Other states that have considered a 0.05 legal limit include Hawaii and Washington. The National Highway and Traffic Safety Administration (NHTSA), which successfully championed 0.08 as the national standard of impaired driving, now advocates a national standard of 0.05. However, the executive director of the Governors Highway Safety Association predicts that other states will wait to see whether Utah’s law has any impact on alcohol-impaired driving before investing resources to change their laws.

Whether Utah’s 0.05 limit is useful is a matter of perspective. Some advocates for lower legal limits contend that they save lives by removing drivers from the road who are impaired to some degree. Criminal defense lawyers note most drunk driving deaths are caused by drivers who are well above 0.08 and worry that the law will cause drivers who pose no risk to society to face severe consequences for conduct that causes no harm.

Blood alcohol concentrations are not easy to predict. Two people who drink the same amount of alcohol over the same period of time can have very different BACs. Body mass (which roughly correlates with weight), gender, stomach contents, and individual metabolism all play a role in the BAC an individual will have after consuming alcohol.

Time also plays a role. Each swallow of an alcoholic beverage travels to the stomach. It takes some time for alcohol in the stomach to be absorbed into the blood, particularly when alcohol is consumed with food. Alcohol does not reach the brain (and thus does not impair driving) until it enters the body’s blood supply.

After more time passes, the body eliminates alcohol from the blood. Since absorption and elimination overlap, an individual’s BAC is constantly changing.

Estimates of BAC are necessarily rough. A 160-pound man who consumes two beers within one hour might reach 0.05. The same man might maintain a 0.05 BAC by consuming one additional beer during each hour that follows. Consuming one beer during each quarter of a football game might therefore cause a sports fan to exceed Utah’s legal limit.

Arguments in Favor of a 0.05 Limit

Statistics show a correlation between a driver’s BAC and fatal crashes. The distribution of alcohol in drivers with a measurable BAC who were involved in fatal accidents resembles a bell curve. Beginning with drivers who have a BAC of 0.01, the curve climbs steadily until it peaks at .16, the most frequently recorded BAC in traffic fatalities.

That correlation suggests that drivers are more likely to be involved in a crash as their BAC increases. The correlation does not, however, indicate the BAC at which driving becomes unsafe. For example, the fact that drivers with a BAC of 0.01 are involved in accidents does not prove that alcohol was a contributing cause of the accident. Most accidents, after all, are caused by drivers who have no alcohol in their systems. There is simply no way to know whether a small amount of alcohol in a driver’s blood is a contributing factor to a traffic accident.

The NHTSA maintains that “even a small amount of alcohol can affect driving ability.” According to the NHTSA, a driver with a 0.05 BAC suffers from “reduced coordination, reduced ability to track moving objects, difficulty steering, [and] reduced response to emergency driving situations.” Unfortunately, the NHTSA cites no studies demonstrating that those alleged effects, as measured in a controlled laboratory environment, have a real-world impact on the ability to drive safely.

The National Transportation Safety Board (NTSB) proposed lowering the legal limit to 0.05 in 2013. It based that recommendation on “research findings from laboratory and driving simulator studies.” In particular, it relied on a 2001 study that found certain “driving-related skills” to be “affected” by alcohol, as well as a 2012 study that “found significant cognitive decrements in speed of information processing, reductions in working memory, and increases in errors of commission at 0.048 BAC.”

To support its belief that a 0.05 BAC significantly elevates the risk of traffic crashes, the NTSB cites a 1964 study without acknowledging that “one shortcoming of that study was the risk of causing an accident (rather than just being involved in an accident) had to be estimated because the authors did not know whether the driver was responsible for the accident.” The NTSB noted that the study also found a problematic “dip” in risk at low BAC levels, but dismissed the “dip” as a “statistical anomaly.” Anomalous statistics are hardly the hallmark of a convincing study.

The strongest argument for a 0.05 BAC is that it maximizes safety. The Utah legislator who sponsored the 0.05 limit said: ““Impairment begins with the first drink, and if you are drinking, don’t drive.” Even if a person who has two beers is perfectly capable of safe driving, a lower legal limit might discourage consuming any alcohol at all for fear of facing the consequences of an arrest.

Arguments Against a 0.05 Limit

The NHTSA acknowledges that 84% of crashes in which a driver’s BAC is measured involve a BAC of 0.08 or higher. Most of those drivers have a BAC in excess of 0.10. In fact, 0.16 is the BAC most commonly associated with fatal driving accidents.

That data suggests that targeting drivers who are actually drunk, and particularly drivers who have a BAC above 0.14, would be the most effective way to save lives. On the other hand, diverting resources to drivers who have a 0.05 BAC may not be sound policy. Every officer who spends time field testing and arresting a driver with a 0.05 BAC is unavailable to catch drivers who are obviously too drunk to drive safely. Attacking the problem of drunk driving at the margins carries enforcement costs that advocates for lower limits rarely acknowledge.

A German study that examined real-world driving found that “hardly any accidents” can be attributed to a BAC of 0.06 or less. That may be because drivers who have consumed two drinks in an hour are still capable of good judgment and realize that they need to be particularly vigilant about driving safely. Laboratory studies fail to account for real-world behaviors of drivers who have a 0.05 BAC.

In addition, laboratory results that focus on a reduction in reaction times or a diminished ability to do two things at once fail to take account of all the other behaviors that cause those same results. Failing to get enough sleep, suffering from the flu, having an argument with a spouse, and countless other activities reduce a driver’s reaction time or impair concentration. Society can’t guard against all the factors that might make it marginally unsafe for a particular driver to get behind the wheel. We know that the risk of a fatigued driver causing an accident is relatively small. Why is it important to address the small risk posed by a driver with a BAC of 0.05 but not the small risks posed by other drivers for countless other reasons?

The former National Director of Public Policy for Mothers Against Drunk Drivers argues that “there is a significant difference between encouraging the safest possible course of action and criminalizing behavior that is not unreasonably dangerous.” He suggests that driving below 0.08 is no more dangerous than driving a bit above the speed limit. Driving with any blood alcohol content at all might slightly elevate risk, but “that does not mean that we should prosecute people who drive with BACs between 0.05 and 0.08 and brand them as criminals.”

The legislative desire to “do something” about a problem too often results in doing something unwise. Arresting and punishing individuals who are capable of driving safely carries significant unfair consequences. Social stigma, employability, and financial security are all implicated by a DUI arrest.

The criminal justice system is not well suited to solving social problems. Public awareness campaigns have greatly reduced deaths and injuries caused by drunk driving. States that base policy on rational criteria will prioritize the limited resources of the criminal justice system by focusing on the apprehension and punishment of drivers who create substantial risks to society by driving when they are clearly too drunk to drive safely.