When Is it Fair to Use Someone Else’s Trademark? 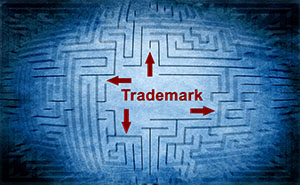 For example, you can’t put the “Coca Cola” logo on your soft drink if it wasn’t actually made by Coca Cola.

A “certification mark” is a special sub-category of trademark that’s intended to be used by those other than its owner to indicate the quality, accuracy, or other characteristics of goods or services. For example, a “union bug” logo can be used to show that goods were manufactured using union labor.

However, it’s OK to refer to someone else’s trademark under a principle called “nominative fair use.” This principle came up in a recent case in the Court of Appeals for the Second Circuit.

People who pass an exam and qualify can use the certification mark “CISSP®,” for “Certified Information Systems Security Professional.”

In 1997, the US Patent and Trademark Office registered the CISSP® certification mark.

Security University (“SU”) is a for-profit company founded by Sondra Schneider, who was CISSP®-certified.

SU offers classes, including a class to prepare people for the CISSP® certification examination.

ISC2 filed a complaint against SU for trademark infringement, among other causes of action, based on SU’s use of ISC2’s marks in advertisements.

What ISC2 objected to was to some of SU’s ads that suggested that an SU instructor had reached some higher level of certification as a “Master CISSP” or “CISSP Master.” For example, the SU ads included the following language:

The district court ruled for SU, finding that:

ISC 2’s claims of infringement and false designation of origin failed under the doctrine of nominative fair use because SU’s alleged misuse of ISC 2’s certification mark could not give rise to confusion as to the source of SU’s services.

However, the Second Circuit said that wasn’t so clear. It said that, among other things, a court needed to “consider confusion regarding affiliation, sponsorship, or endorsement by the mark holder.” The Circuit Court then sent the case back to the lower court for further proceedings.

The law on “nominative fair use” varies from Circuit to Circuit and (as this case shows) is evolving. Thus, it’s a good idea to consult an experienced trademark attorney before running ads that use someone else’s trademarks.