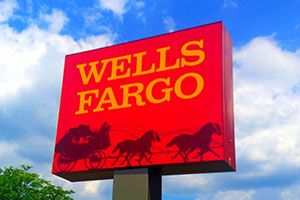 Wells Fargo & Co. has asked a U.S. federal district court to order dozens of customers who are suing the bank over the opening of unauthorized accounts to resolve their disputes in private arbitrations instead of court.

Wells Fargo made headlines when it agreed to pay $185 million in penalties and $5 million to customers for opening up to 2 million deposit and credit card accounts in their names without their permission in order to reach aggressive sales targets.

Following Wells Fargo’s agreement to pay the penalties, the first class action lawsuit was filed against it.

This lawsuit was filed by three Utah residents who at one time had accounts with Wells Fargo. The complaint alleges breach of contract, fraud, and other claims. The suit has since been amended to include 80 named plaintiffs.

The Motion to Dismiss

Wells Fargo filed a motion to dismiss the suit in U.S. District Court in Utah.

Mandatory arbitration clauses have become a standard practice when signing up for financial products following a 2011 U.S. Supreme Court decision that upheld the practice. Consumer advocates have argued that mandatory arbitration clauses improperly deny customers the legal protections of court proceedings, such as the right to appeal, and that they help conceal corporate misconduct from the public because the documents and hearings are kept secret. Consumer advocates also argue that customers who are trying to recover small sums of money are less likely to find lawyers to represent them in arbitration and that the cases do not set a legal precedent to help other affected individuals.

In its motion to dismiss, Wells Fargo asked the court to allow it to gather more information on 22 of the plaintiffs to determine whether they should be included in its request to have plaintiff’s claims dealt with through arbitration. Wells Fargo also asked that the court simply dismiss the lawsuit.

Reaction to Motion to Dismiss

At the same time that Wells Fargo has moved to enforce the mandatory arbitration clauses, it launched an advertising campaign to win back customer loyalty.

Zane Christensen, lawyer for the plaintiffs’ released a statement saying, “We are saddened that despite Wells Fargo’s commercials and promises to make things right, Wells Fargo is choosing to harm their customers once more.”

In response to published questions from U.S. lawmakers, Wells Fargo has stated that it would stand by its arbitration policy, but that it was offering free mediation services to affected customers.

Wells Fargo has been criticized for its mandatory arbitration clauses by Democratic lawmakers, including Senator Elizabeth Warren from Massachusetts.