Violating Company Computer Rules Is Not a Crime in Oregon 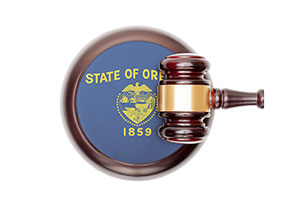 Many companies have rules (for example, in employee handbooks) that govern what workers can do on the job.

For example, companies may prohibit workers from using company computers — or even company WiFi — for personal reasons.

An employee who violates such rules risks getting fired. But should violating company computer rules be a crime?

Not according to the Oregon Supreme Court.

As reported by Ars Technica, the case of State v. Nascimento involved a deli clerk at a convenience store. The vice president of the store’s parent company discovered that there were unexplained cash shortages at the store — sometimes over $1000 per day, and totaling $16,000 in a three-month period.

Video recordings revealed that the clerk printed out and pocketed lottery tickets.

The clerk was charged with aggravated first-degree theft, as well as with computer crime.

She was convicted of using the computer “without authorization.”

On appeal, the Oregon Supreme Court noted that “without authorization” wasn’t defined by the statute:

Check a Score, Go to Jail?

The Electronic Frontier Foundation (EFF) filed an amicus brief that the court cited, noting that

the state’s reading of the statute—which arguably criminalizes any computer use in violation of an employer’s personnel or computer use policies—is unworkably broad because it gives private entities the power to decide what conduct in the workplace is criminal and what is not.

The EFF contended that the computer crime statute could turn employees into criminals for reading a personal email or checking baseball scores on the job, if those things violated the employer’s policies.

The EFF has also successfully argued that violating corporate policy is not a computer crime under the federal Computer Fraud and Abuse Act.