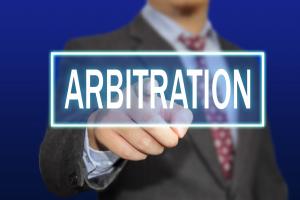 The Consumer Financial Protection Bureau, a part of the US federal government, is trying to allow consumers to bring class action lawsuits against financial firms.

The new rule would unwind a series of legal maneuvers undertaken by major American companies to block customers from going to court to fight potentially harmful business practices.

Most consumer contracts with financial institutions — including banks and credit card companies — include arbitration clauses.

Across the country, judges, prosecutors and regulators have sharply criticized arbitration clauses for allowing corporations to circumvent the courts and for taking away tools to fight abusive business practices.

Arbitration is a form of alternative dispute resolution (ADR) in which a private arbitrator is paid by the parties to resolve their dispute.

The upside of arbitration is that it can resolve disputes faster and often less expensively than litigation.

However, although arbitration can be cheaper in the long run, it’s more expensive in the short run, because the parties have to pay the arbitrator.  This discourages consumers from bringing arbitration claims in the first place.

Also, arbitration precludes the possibility of a consumer making his or her case to a potentially sympathetic jury.

For example, the 1998 movie A Civil Action, starring John Travolta, is based on a real class action lawsuit involving people affected by groundwater contamination.

Class actions are especially useful to consumers when small amounts of money are involved.

For example, consumers may not bother to sue when they’ve lost less than a hundred dollars.  It wouldn’t be worth it, given the time, court costs, and legal fees.

However, when millions of consumers each suffer the same small loss, they can band together as a class.  In those cases, the attorneys who represent them are compensated via a share of the amounts recovered.

Defendants — including polluters, makers of dangerous products, and financial institutions that violate the law — can thus be punished for their wrongdoing via a class action.

According to the director of the agency,

A cherished tenet of our justice system is that no one, no matter how big or how powerful, should escape accountability if they break the law.

The new rule could take effect next year.

However, because it could cost financial institutions billions of dollars, the rule may need to overcome some challenges.

Both the Trump administration and House Republicans have pushed to rein in the consumer finance agency as part of a broader effort to lighten regulation on the financial industry.

Under the 1996 Congressional Review Act, Congress has 60 legislative days to overturn agency rules.